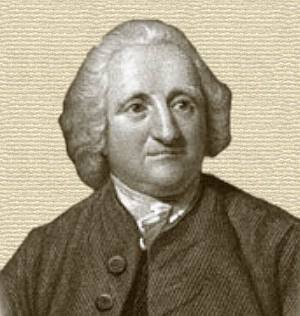 [p.32] OF all the instruments invented by man, by which the range of human thought has been enlarged, the Telescope must have the first place. Discovered as to its leading principle, about the same time as the microscope—towards the close of the sixteenth century—its powers were soon enlarged by various eminent philosophers, who diligently investigated the optical laws which regulate the passage of light through different substances. The old telescopes, however, laboured under a defect which most persons have noticed in looking through modern instruments of inferior construction—the images produced were somewhat indistinct, and exhibited fringes of colour round their edges.

The idea of a reflecting telescope was therefore conceived by James Gregory about the middle of the seventeenth century; but the actual construction of the “Gregorian telescope,” as it is called, was accomplished by the illustrious Newton, who applied himself especially to the perfecting of that instrument, on the following grounds. He considered that [p.33] telescopes of the ordinary or refracting kind could not possibly be made to produce colourless images, because, to put the matter in the simplest language, the law by which the magnified image was formed involved the production of the fringes also. Newton, therefore, gave up what he deemed a hopeless task, and other investigators did not venture to dispute the conclusions of so high an authority. Thus, strange to say, the discoverer of the composition of light became an obstructor of the progress of optical science!

On the 10th June, 1706, the family of a poor weaver in Spitalfields, named Dollond, received an addition in the birth of a son. Obscure as was his origin, the circumstances by which the child was surrounded soon became still more unfavourable, his mother being left a widow while little John was yet an infant. He therefore enjoyed but few educational advantages. But while a mere boy, he displayed a decided taste for mathematical study, amusing himself by solving geometrical problems and constructing sun-dials. Necessity soon made him a silk weaver by trade, but the thirst for knowledge was equally strong, and John Dollond steadily improved his scanty leisure by an ardent pursuit of his favourite studies.

We read of him next as settled in life, with children growing up around him; working hard for his [p.34] family by day, and reading and experimenting by night. Thus he contrived to become a proficient in various branches of natural philosophy, to attain a considerable acquaintance with divinity and anatomy, and so far to master the Latin and Greek languages as to be able to translate the New Testament from the one into the other. Here is a remarkable instance of what earnest perseverance and economy of time may accomplish, even when the pupil is compelled to become his own instructor.

Not till he had passed the age of forty did Mr. Dollond find an opportunity for the practical application of his philosophical acquirements. But in 1752 he was enabled to relinquish the silk trade and join his eldest son, who had begun business as an optician, having inherited his father’s tastes, and enjoyed his father’s instructions. The elder partner now displayed his genius in improving and perfecting optical instruments, and the firm soon became distinguished for its successful efforts in this direction.

Meanwhile the telescope remained as Newton had left it. The great mathematician, Euler, attempted to meet the difficulties which had foiled the English philosopher; but without success. Dollond had published a paper in which he declared Euler’s calculations to be at variance with one of Newton’s experiments; to which Euler had replied. Dollond [p.35] subsequently became convinced that both Euler and himself were in error, and his suspicions were excited that even Newton had been mistaken also. This bold and unprecedented idea was tested by a long series of experiments resulting in the clearest proof that the inference was well founded, and that the supposed insurmountable obstacle to the improvement of the telescope had no existence.

Next came the practical application of this brilliant discovery. By skilful combinations of lenses of different kinds, Dollond produced instruments in which the coloured fringes were so reduced as to be scarcely visible at all; though some men of science scarcely ventured to believe the testimony of their own eyes. The truth of Dollond’s conclusion was at length duly recognised abroad as well as at home, and he was honoured by the Royal Society, not only with a fellowship in that distinguished body, but also with the Copley Medal awarded to eminent discoverers.

Thus was produced the Achromatic Telescope, the work of a self-taught man, born in obscurity, and favoured with no help from fortune. It raised him to a position of deserved distinction, and conferred lasting benefits upon scientific observation. Slowly but surely he had plodded on from boyhood, accumulating knowledge, the practical use of which he could only guess at, and waiting till Providence [p.36] opened out for him a way of employing his natural gifts and acquired resources. Well says the Eastern proverb, “A stone that is fit for the wall is not left in the way.” Doubtless, there are exceptions to this rule; yet those who seek and own the guidance of a Friend above will assuredly be brought into those positions and circumstances best fitted to enable them to glorify God and benefit their fellowmen.