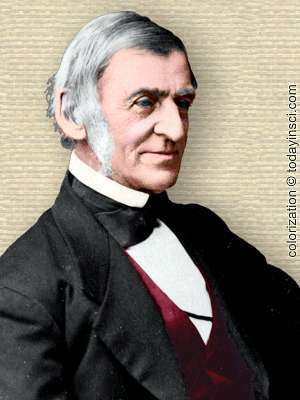 [p.651] “If a man can write a better book, preach a better sermon, or make a better mousetrap than his neighbor, though he build his house in the woods, the world will make a beaten path to his door.”

IN THE February, 1911, issue of the Docket, there appeared a Confession from a member of the advertising department of the West Publishing Company which precipitated a discussion of national extent as to the authorship of the aphorism which heads this article. Subscribers all over the country sent in suggestions as to possible, probable, and putative authors, while literati and librarians everywhere were besought to really justify their existence for once by settling the matter authoritatively with a verified citation. Various journals, including “Life,” flung the inquiry broadcast over the country, playing the deeps and shallows as an angler plays a stream. The only “rise” secured was from one Elbert Hubbard, of whom more anon.

The first definite result established by the inquiry was the fact that this statement does not appear in any of Emerson’s published works. The minute examination to which they have been subjected, as well as the statement of Dr. E. W. Emerson, the son and literary executor of Ralph Waldo Emerson, removes all hope in that direction. Although Emerson has been credited with the statement for nearly a quarter of a century, it is impossible to justify that popular impression by any reference to his published works. So much for that point.

The next point to consider is the oldest authority for giving the credit to Emerson. This distinction belongs, so far as present search has revealed, to a little book entitled “Borrowings,” compiled by Mrs. Sarah S. B. Yule and Mary S. Keene, and published by the Dodge Publishing Company. Mrs. Yule is authority for the statement that the work was compiled in 1889. It was published in 1893. Asked to give her authority for the credit, Mrs. Yule writes as follows:

“To the best of my memory and belief. I copied it in my handbook from an address delivered long years ago, it being my custom to write everything there that I thought particularly good, if expressed in concise form: and when we were compiling ‘Borrowings’ I drew from this old handbook freely. It will seem strange to you, as it does to me, that Emerson never incorporated this in any of his essays. He did use the thought and similar wording, but never exactly the wording, of the quotation I used in ‘Borrowings.’”

Mrs. Yule’s impression thus corresponds with the deduction of Dr. E. W. Emerson, who wrote, “I presume it may have been used in a lecture, and reported in a paper,” and would justify the widespread popular impression that the Sage of Concord gave original utterance to the dictum. Apparently, however, it must forever remain “not proven.”

Mr. Elbert Hubbard’s connection with the mousetrap quotation deserves a chapter to itself. A number of our subscribers wrote us, suggesting Mr. Hubbard’s name as a candidate for the crown of authorship, if we were unable to find the paragraph in Thoreau, Herbert Spencer, Voltaire, or R. L. S. Some of the Fra’s admirers evidently wrote to him also, and, after some modest hesitancy, he gradually admitted the soft impeachment.

When the question was first raised, and there was still a good possibility that some one might, by searching Emerson, find out the truth, Mr. Hubbard [p.652] left the answering of inquiries to his assistant superintendent, who admitted that he had spent sleepless nights pouring over Emerson in an endeavor to find the quotation, and that he had had his suspicions turned in the direction of the Fra by that gentleman’s “far-away, quizzical smile.”

When the inquiry had been pending for some months, and the possibilities of a verdict in favor of Emerson or any one else began to look dubious, the Roycrofters, “per E. R. S.,” wrote more definitely, though still somewhat cautiously, to an inquirer: “As you say, this has the ring of Emerson. It was written by Mr. Hubbard, but inspired by Ralph Waldo Emerson. Trusting this information will be almost satisfactory, we remain.” [Italics ours]

The third stage and the last of this Roy-crafty pretense appears in an advertisement published in “The Fra” in May, 1911, and which reads as follows:

“Mr. Hubbard, like all writers of epigrams, has attributed some of his good Class A product to other writers. For instance, he was once writing about the Roycrofters, and, having in mind the number of visitors who come to see us, he wrote this: ‘If a man can write a better book, preach a better sermon, or make a better mousetrap than his neighbor, though he build his house in the woods, the world will make a beaten path to his door.’

“It was a little strain on his ego to let this thing go under his own stamp, so he saved his modesty, and at the same time gave the epigram specific gravity, by attributing it to one Ralph Waldo Emerson.

“The world took it up, and Emerson’s writings have been scoured with finetooth combs in the endeavor to locate this particular epigram, when it is simply one of the things that Emerson would have said, if it had occurred to him.

“Mr. Hubbard may have found a few mental mavericks in Emerson, which in moments of aberration he has branded as his own; but, if so, the debt is more than offset by things which he has attributed to Emerson that Emerson never wrote.”

It is almost a pity to spoil the perfection of this Progress of the Pretender by any comment, but it may be well to point out that Mr. Hubbard claims to have been inspired to make the mousetrap comparison by noting the number of visitors who came to see the Roycrofters, who conduct a shop at East Aurora, and publish the Philistine and other of the Fra’s literary compositions. Now, it appears to be historically established that Mr. Hubbard’s first “Little Journey” was published in December, 1894, and the Philistine was begun in 1895. The Roycroft shop as a Mecca for pilgrims did not come into existence until after the location had been advertised to the world by the editor and owner of the Philistine.

When we recall that “Borrowings” was published in 1893, and was compiled by Mrs. Yule in 1889 from scrapbook notations which had been in progress of collection during many years, we must either conclude that this quotation is one of the mental mavericks of Emerson, which Mr. Hubbard, in a moment of aberration, has branded as his own, or that Mr. Emerson was guilty of that old ecclesiastical aberration, “plagiarism by anticipation,” from the productions of Mr. Hubbard which had not yet taken form in language. In any event, the verdict as to Mr. Emerson may be expressed in the Scotch formula, “Not Proven.” As to Mr. Hubbard, the verdict would seem to be “Proven.” Not exactly proven to be the author of the mousetrap quotation, but just—proven.