from History of Islesborough, Maine (1893) 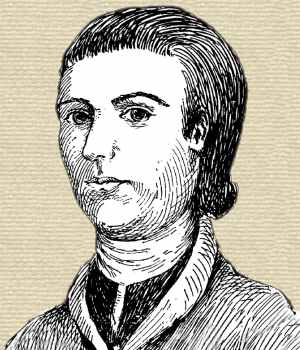 [p.89] The total eclipse of 1780 was visible on Long Island. Upon petition of many distinguished and learned men the General Court, by a resolve, Sept. 12, 1780, approved of an expedition to Long Island, and gave assistance. Joseph Williamson, Esq., of Belfast, read a paper giving an account of it, before the Maine Historical Society, which is here given:

Resolve directing the Board of War to fit out the State galley for the conveyance of Rev. Samuel Williams, Hollisian professor of Mathematics, &c, to Penobscot, to make observations on the eclipse of the sun, to be on the 27th of October next. Passed September 12th, 1780.

Whereas representation has been made to this court by the Hon. James Bowdoin, Esq., and others, lovers of learning and mankind, that on the 27th day of October next there will happen in the neighborhood of Penobscot a central and total eclipse of the sun, a phenomenon never apparent in these States since their settlement; and as observations thereof may be of much consequence in science, particularly in geography and navigation; and that the Rev. Samuel Williams, Hollisian professor of Mathematics in this State, will be ready to give his aid, with such assistance as may be proper, to make the necessary observations at the most convenient place near Penobscot; therefore

Resolved, That the Board be and they hereby are ordered and directed to fit out the State galley, with proper stores and accommodation, for the conveyance of the Rev. Samuel Williams, Hollisian professor of Mathematics and Natural Philosophy at the University of Cambridge, and such attendants as he may think proper to take with him, to make the [p.90] aforesaid observation on the central and total eclipse of the sun, which will happen on the said 27th day of October, at or near Penobscot, and that the Council be and they are hereby requested to write proper letters to the British commander of the garrison at Penobscot, that the important designs of the said observations may not be frustrated.

[From Memoirs of the American Academy of Arts and Sciences.]

Observations of a solar eclipse, October 27, 1780, made on the east side of Long Island, in Penobscot bay. By Rev. Samuel Williams, Hollis professor of Mathematics at Harvard College.

A total eclipse of the sun is a curious phenomenon. From the principles of astronomy it is certain that a central eclipse will occur in some part of the earth in the course of every year; but it is but seldom that a total eclipse of the sun is seen in any particular place. A favorable opportunity presenting itself for viewing one of these eclipses on October 27, 1780, the American Academy of Arts and Sciences and the University at Cambridge were desirous to have it properly observed in the eastern parts of the State, where, by calculation, it was expected it would be total. With this view they solicited the government of the Commonwealth that a vessel might be prepared to convey proper observers to Penobscot bay, and that application might be made to the officer who commanded the British garrison there, for leave to take a situation convenient for this purpose. Though involved in all the calamities and distresses of a severe war, the government discovered all the attention and readiness to promote the cause of science which could have been expected in the most peaceable and prosperous times, and passed a resolve directing the Board of War to fit out the Lincoln galley to convey me to Penobscot, or any other part at the eastward, with such assistants as I should judge necessary.

Accordingly I embarked, October 9, with Mr. Stephen Sewall, Professor of the Oriental Languages, James Winthrop, Esq., librarian, Fortesque Vernon, A. B., and Messrs. [p.91] Atkins, Davis, Hall, Dawson, Rensselaer, and King, students in the University. We took with us an excellent clock, an astronomical quadrant of two and one-half feet radius, made by Sissons, several telescopes, and such other apparatus as was necessary. On the 17th we arrived in Penobscot bay. The vessel was directed to come to anchor in a cove on the east side of Long Island. After several attempts to find a better situation for observation, we fixed on this place as the most convenient we had reason to expect, and on the 19th we put our instruments on shore, set up the clock and quadrant in a building facing towards the south, near the house of Mr. Shubael Williams, where the following observations were made: [Here follows a minute account of observations from October 20 to October 27, inclusive, from p. 87 to p. 103, inclusive.]

The greatest obscuration was at twelve hours, thirty degrees twelve minutes, at which time the sun’s limb was reduced to so fine a thread, and so much broken, as to be incapable of mensuration. There was little wind while we were making the observations, and no clouds to be seen; but the air was not perfectly clear, being a little thick or hazy.

From the beginning of the eclipse unto the time of the greatest obscuration, the color and appearance of the sky was gradually changing from an azure blue to a more dark or dusky color, until it bore the appearance and gloom of night. As the darkness increased, a chill and dampness was very sensibly felt. In one hour and nineteen minutes, when the light and heat of the sun were rapidly decreasing, there fell two-thirds as much dew as fell the night before or the night after the eclipse. To this we may add, so unusual a darkness, dampness and chill, in the midst of day, seemed to spread a general amazement among all sorts of animals. Nor could we ourselves observe such unusual phenomena without some disagreeable feelings.

As the officer who commanded at Penobscot, in his answer to the application of the government, had limited us to a time wholly inadequate to our purpose—from the 25th to the [p.92] 30th of October,—we were obliged to make a second application to enter Penobscot bay. Leave was granted, but with a positive order to have no communication with any of the inhabitants, and to depart on the 28th, on the day after the eclipse. Being thus retarded and embarrassed by military orders, and allowed no time after the eclipse to make any observations, it became necessary to set up our apparatus and begin our observations without any further loss of time; in the course of which we received every kind of assistance from Capt. Henry Mowatt, of the Albany, which it was in his power to give.