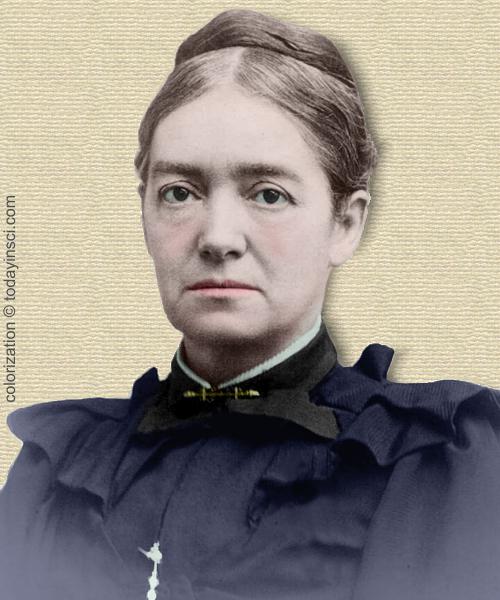 [p.3] That most universal factor in life, that heliotropism by which animals and plants turn towards the light is no less potent in the sphere of mind and morals. Instinctively, often unconsciously, we turn towards the light that lightens the lives of those who stand as beacons in the fairway of human progress. The [p.4] value, indeed, of a human life may be gauged by the influence, the heliotropic potency which it exercises on its fellows. Position, wealth, reputation are as nothing in comparison with this truly solar gift of calling out the best that is in those about us.

To many in this country she, to whose memory we do honor to-night, stood as a bright particular star in the firmament of the profession.

When Mary Putnam returned from Europe with a Paris medical degree and a training in scientific medicine unusual at that date even among men, the status of women as doctors was still unsettled. Between the open hostility of the many and the half-hearted sympathy of the few, the position of those in the profession was a most unenviable one. That in the past quarter of a century the long battle has been won is due less to a growing tolerance among physicians at large, less to the persistence with which obvious rights have been asserted, than to the presence of a few notable figures who have demonstrated the capacity of women for the [p.5] highest intellectual development and who have compelled recognition by the character of work accomplished in the science and in the art of medicine.

Among these figures Mary Putnam Jacobi stands prominent. In the first place, the scope of her education gave her a stamp and standing and made her a force to be reckoned with. I recall vividly the first occasion of our meeting. It was at the medical section of the American Medical Association in New York, 1880. From that time I became interested in her and in her work, and read with care papers and reviews in Seguin's Archives and in other journals which soon gave her a high position among American writers. It is no disparagement to her contemporaries to say that no other woman in the profession equalled her in the ability with which she presented a subject. The scientific character of her numerous contributions gave a new distinction to the work of women physicians in this country, and contributed not a little to allay that strong animus which for so long kept them out of schools and medical [p.6] societies. That almost everywhere the door is now open is due largely to her influence exerted unconsciously in this way. With such a training and with so keen a mind it is a great regret that the conditions here were not such as to allow her to follow a scientific career.

For years I have been awaiting the advent of the modern Trotula, a woman in the profession with an intellect so commanding that she will take rank with the Harveys, the Hunters, the Pasteurs, the Virchows, and the Listers. That she has not yet arisen is no reflection on the small band of women who have joined our ranks in the past fifty years. Stars of the first magnitude are rare, but that such a one will arise among women physicians I have not the slightest doubt. And let us be thankful that when she comes she will not have to waste her precious energies in the worry of a struggle for recognition. She will be of the type of mind and training of Mary Putnam Jacobi; her victory will be not on the practical but on the scientific side, in which many new avenues are open to women, much more attractive and [p.7] suitable than in general or special practice to which heretofore they have been restricted.

That a larger proportion of women than of men are unfit for practice, will, I think, be acknowledged; on the other hand, a relatively larger proportion of the former are adapted to scientific work, and it is a most encouraging feature to see so many women taking up laboratory life. In chemistry, histology, pathology, embryology, bacteriology, and even in anatomy, the work which they are doing is everywhere attracting attention. Here they meet men as equals, since what they lack in initiative and independence is counterbalanced by a more delicate technique, a greater patience with minutiae, and a greater mastery of detail. In the scientific life, too, woman escapes those little rebuffs and slights so trying to a sensitive nature, and to which it is not good for a woman to become so hardened that they do not hurt. Then, too, in science to-day she is sure of a generous recognition of a good bit of work, and that means much to all of us.

Others will deal fully with the published [p.8] work of Dr. Mary Putnam Jacobi, and will do justice to the many activities in her active career. It has been a pleasure and a privilege to me to bear testimony to the influence which her character has had in the completion of the emancipation of women in our profession, and to the splendid example of her life to all students of medicine.