Obituary from The Observatory: A Monthly Review of Astronomy (1880) 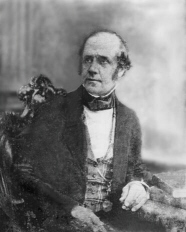 [p.587] All life is full of teaching, by much of which we fail to profit; but there are few eyes so gross that they fail altogether to catch the beauty and the meaning of a well-spent human life. Such a life was that of Mr. William Lassell; and this simple record of it has been prepared in the hope that it may suggest (especially to astronomers) some valuable lessons, and also that it may serve in some sort as an expression of admiration and of deep regret.

Astronomy is of purer eyes than to behold contentedly inferior natures. From immemorial sages, from Thales downwards, her children have been for the most part distinguished, not only for grandeur of intellect, but for the fine sympathy that understands an age’s inarticulate cry for more light, for the courage that can face difficulties, for the eternal patience which loses not heart, and for the truthfulness and self-renunciation which are content to work for the work’s sake. The calling of the astronomer is not an easy one; it is remote from the sympathy and comprehension of ordinary men, and is devoid of the showy qualities which command general attention.

The subject of this memoir, Mr. William Lassell, illustrates these remarks. His sympathy, honesty, quietness, constancy, and zeal, in combination with those intellectual gifts which constitute a keen observer, a faithful reasoner, an ingenious mechanist, all fitted him to be an observational astronomer. And these natural aptitudes carefully cultivated, fitted him to be an astronomical discoverer. For discoveries are not chance matters. Those who wish to discover must have their natural fitness developed by discipline. Original work must be prepared for with wise and patient energy.

[p.588] Mr. Lassell was born at Bolton in Lancashire, June 18, 1799. Engaged in business, and with no large means, he began as early as 1820 to construct reflecting telescopes for himself.

How many distinguished men in early life have been beset by these difficulties of want of means and of time! Does not the struggle with such difficulties develop, as nothing else can, a thorough appreciation of the value of every opportunity, and a certain sublime strength to fight against heavy odds of circumstance? There can be little doubt on this point, and educationalists will do wisely to beware of making every thing too easy.

Here it may be remarked that the reflecting telescope, in the history of which the name of Lassell must always be associated with those of Herschel and the late Lord Rosse, is an exclusively British instrument in its invention and improvement, and that we owe the earlier reflecting telescopes to amateurs.

The first telescopes made by Mr. Lassell were a Newtonian of 7 inches diameter and a Gregorian of the same size. His next step was to make a Newtonian of 9 inches aperture of very great excellence. Equatoreal movement was given to this telescope in an ingenious and original manner, and the instrument on this account may be said to form an epoch in the history of reflectors (Memoirs Royal Astronomical Soc1ety, Vol. xii.).

In 1840 Mr. Lassell erected an observatory at his residence near Liverpool, happily named Starfield, in which the 9-inch Newtonian was mounted. With it he diligently observed, among other things detecting, without knowledge of its existence, the sixth star in the trapezium of Orion.

To the observatory at Starfield came often the late Mr. Dawes, whose delightful observatory books in my husband’s possession (model observatory books in selection and fulness of detail, and in lucidness of expression and illustration) give many charming pictures of these astronomical friends in council. Many are the delicate tests for figure recorded to which the 9-inch was subjected, and many evidently were the discussions of observations and of performance of apparatus. Such sympathetic friendship must have been most useful and inspiring to both astronomers.

After a time Mr. Lassell conceived the bold idea of constructing a reflector of 2 feet aperture and 20 feet focal length, to be mounted on the same principle as the 9-inch Newtonian. Before beginning this work Mr. Lassell visited Lord Rosse at Birr Castle and satisfied himself as to the excellent performance of the 3-feet telescope. As a further preparation he contrived a polishing-machine to imitate as closely as possible those movements of the hand by which he had been accustomed to produce perfect surfaces on smaller specula. The essential difference between this machine and the polishing-machine of Lord Rosse, as stated by the Astronomer Royal, is that “in Lord Rosse’s apparatus every stroke is very nearly straight, while in Mr. Lassell’s apparatus there is no resemblance to a straight movement at any part of the stroke.”

[p.589] In the many contrivances connected with this machine and with the mountings of his telescope Mr. Lassell displayed that mechanical ingenuity and versatility which Bessel so pithily eulogizes in saying “an astronomer should be able to do something with a cartwheel and a gun-barrel.”

In carrying into practice the plans for the polishing-machine he was happy in having the assistance of Mr. Nasmyth, a true artist in such work.

Mr. Lassell’s earlier speculum metal differed from that employed by Lord Rosse in that it contained a small quantity of white arsenic in addition to copper and tin. I believe, however, that he omitted the arsenic in the case of his 4-feet mirrors, lie seems to have considered that the perfection of the speculum metal depended upon the accurate relative proportion of the copper and the tin, and that this could only be satisfactorily ascertained by a series of testings while the metal was in the pot. The polish and whiteness of his specula were remarkable. The writer has seen some of these specula which even after remaining untouched for twenty years looked as if they had just come from the workshop. With the 2-feet reflector Mr. Lassell discovered, September 1847, the satellite of Neptune, and in September 1848, simultaneously with Professor Bond in America, an 8th satellite of Saturn (Hyperion). In 1851, after long and careful search, he discovered two additional satellites of Uranus (Umbriel and Ariel) interior to the two discovered by Sir W. Herschel in 1787.

In 1852 Mr. Lassell took out this telescope to Malta and observed there through the winter of that year. Among the observations made, I would mention those of the nebula of Orion, and of various nebulae and star-clusters, accompanied by careful drawings, which are recorded in the Memoirs of the Royal Astronomical Society (Vol. xxiii.).

Not remaining content with the 2-feet telescope Mr. Lassell undertook the construction of a much larger one, of 4 feet aperture and 37 feet focus, mounted equatoreally. This magnificent instrument was erected at Malta in 1861, and the work done with it by Mr. Lassell, assisted by Mr. A. Marth, during the next four years is fully described in the Memoirs of the Royal Astronomical Society (Vol. xxxvi.). It consists of numerous observations of the satellite of Neptune and of the satellites of Uranus, of observations of nebulae and of the planets, and of a catalogue of the places of 600 new nebulae discovered with the 4 feet at Malta. One cannot help regretting that the time spent with this telescope at Malta should have been so comparatively limited; for although it is wonderful how much British astronomers have done considering the unfavourableness of our climate for celestial observation, they are only too often obliged to “feed on glimpses” and to fill up long intervals between them by “guarding the Moon from wolves,” like the officers of Queen Quintessence in the old French story. Had Mr. Lassell continued to observe at Malta, the discovery of the satellites of Mars might not have been left for America.

[p.590] It is surely also to be regretted that the magnificent 4-feet telescope no longer exists.

After his return from Malta, Mr. Lassell purchased an estate at Maidenhead and erected there an observatory (in which he placed his 2-feet equatoreal) and an excellent workshop.

Owing to failing sight, Mr. Lassell has not observed of late years; but his interest in his favourite study never flagged. Notwithstanding his great age he was alive to the importance of new departures and sympathized much with the great development in astronomical physics which has taken place during the last twenty years.

Mr. Lassell died at Maidenhead, without much suffering, October 5th, in the 82nd year of his age.

Those who knew him mourn the loss of a valued friend, as well as of an astronomer.

In the calendar of science his name is entitled to an honourable place; and the story of his life may well stir many to new enterprise for the advancement of the world’s learning.