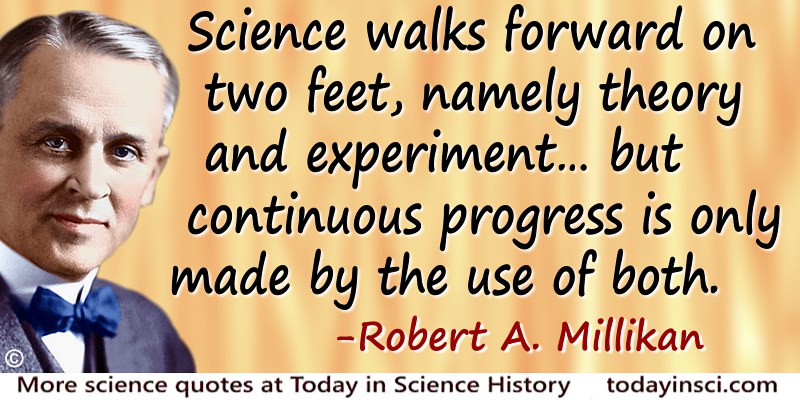 “Science walks forward on two feet, namely theory and experiment,  but continuous progress is only made by the use of bothby theorizing and then testing, or by finding new relations in the process of experimenting and then bringing the theoretical foot up and pushing it on beyond, and so on in unending alterations.”
— Robert Andrews Millikan
'The Electron and the Light-quant from the Experimental Point of View', Nobel Lecture (23 May 1924).