from A Biographical Dictionary of Eminent Scotsmen (1875) 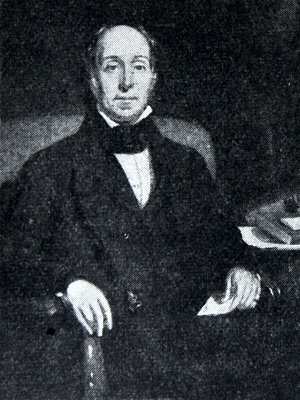 [p.215] NEILSON, James Beaumont, the inventor of the hot-blast in its application to the smelting of iron, was born at Shettleston, near Glasgow, 22d June, 1792. His father, Walter Neilson, was what at that time was called an engine-wright, or at the present time an engineer, and died at a good old age, in the employment of the late William Dixon, ironmaster, as engineer at his collieries at Govan—greatly respected by all who knew him, and by his employer, who had his portrait painted and hung on the walls of his residence.

Walter had two sons, John and James, who both became engineers. John, who was some years the senior of his brother, received a classical education, and was a great reader and ardent student. At his works, the Oakbank Foundry at Glasgow, in 1825, he designed, and afterwards constructed, the first iron steamer that went to sea. Latterly he became also an ironmaster, and died at a good age: his sons are proprietors of extensive ironworks in Lanarkshire.

James, or Beaumont as he was usually called, at an early age assisted his father in erecting and working the steam-engines constructed for mining purposes, and was afterwards apprenticed to his brother. In 1814 he left his brother’s works, like his father became engine-wright, and was employed by Mr. William Taylor at his collieries, near Irvine. In 1817 he was appointed engineer to the gas-works then just established at Glasgow, where he remained until he resigned this situation as engineer and manager in 1847.

The gas-works were greatly extended under his directions, and many improvements introduced by him into gas manufacture, then practically little known. In consequence of the great eminence to which he rose as a gas-engineer, he was much consulted from all quarters. He introduced clay-retorts instead of iron, and as early as about 1826 heated his retort ovens entirely by the waste coal-tar as liquid fuel—used sulphate of iron solutions to remove the ammonia found so injurious to pipes and gas-fittings, &c. &c.; but the most beautiful and ingenious of his inventions was the [p.216] “swallow-tail” burner, since used all over the world. The first large roof constructed entirely of iron was erected by him in the early extensions of the old works at Kirk Street. Neilson patented none of these inventions, but gave them to the company, which in a great measure assisted in bringing them to the very prosperous condition they at that time enjoyed.

The boy Beaumont Neilson received a very ordinary education; but in after-life he prosecuted his studies with great diligence and perseverance—had no love for society, his books being his constant companions; and so much was he impressed with the advantages to be gained by a study of the practical sciences, that in 1821 he established a workman’s institution for the benefit of the men in his employment, with models, laboratory, and workshop; in fact, a little school for technical education.

Dr. Ure, in his Dictionary of Arts and Manufactures, says—“One of the greatest improvements made by simple means in any manufacture was accidentally observed by my pupil Mr. James Beaumont Neilson, at a smith’s forge.” But here the doctor is in error: the forge was constructed with a furnace under the hearth in which the air or wind was heated before being blown into the fire. This arrangement was not accidental; the experimenter was searching for some means to improve the blast employed to excite the combustion of furnaces in which iron is made, because his attention as a man of science had been drawn by an ironmaker to the fact of the irregularity of the action of these furnaces, particularly the difference between winter and summer working. It was suggested to him that the blast might be submitted to some purifying process; but Neilson thought that the object to be aimed at was to increase the action of the oxygen in the air, and free it from moisture. Many experiments were made, and the result was, that the patent for the hot-blast was taken out on 1st October, 1828, the title having been written by Lord Brougham. The invention may be simply described as the heating of the air-blast by passing it through vessels placed in ovens before it is blown into the smelting-furnace.

The patentee, who had neither the pecuniary means nor the influence necessary to introduce his invention to practice, applied for advice and assistance to his friends Charles Macintosh (the celebrated inventor of waterproof cloth), Colin Dunlop of the Clyde Iron-works, and John Wilson of the Dundyvan Ironworks. To the two former he gave each three-tenths of his patent, to the latter one-tenth, reserving only three-tenths for himself. Great difficulties were encountered in persuading ironmakers to use the invention, the general belief being that instead of heating the blast, it ought to be made as cold as possible, for which purpose refrigerators had been used, and even ice applied to them to cool the air to the utmost. Ultimately, however, it became universally adopted, and the great value of the invention was proved beyond question by the fact, that thirty-two shillings and sixpence per ton was saved in the manufacture of the iron, besides each furnace making twice the quantity of iron which it formerly did. Coal and ironstone from which iron was with difficulty made by the old system, was found most suitable by the new process. The patentees demanded only one shilling per ton of royalty.

Like other inventors who had gone before him, Neilson was subjected to great persecutions from those he had so much benefited. The ironmakers in Scotland from time to time attempted to destroy his patent; and at last, in 1840, a confederation was secretly formed, united under a formal deed, in which “they bound themselves to institute, defend, carry on, and follow out to a conclusion such actions, and generally to adopt such proceedings, judicial and extrajudicial, as their advocates or survivors of them shall advise to be expedient and proper for setting aside the said letters-patent, and for resisting the enforcement of the claims founded by the said James Beaumont Neilson, &c. &c.” Now the struggle began in earnest between the patentees and the confederate ironmasters, and continued from 1839 to 1844. Twice a jury refused to deprive the patentee of his rights; twice were appeals to the House of Lords unsuccessful, two jury trials occupied sixteen days, about 140 witnesses were examined, at one and the same time twenty different actions were carried on, and the litigants spent between them on law charges alone not less than £40,000. Neilson was terribly discouraged and broken down in health. When the news arrived of the final decision of the House of Lords in his favour, he lay insensible under typhus fever not expected to recover.

Notwithstanding the small share of the patent he retained, and the losses from litigation, the inventor of the hot-blast realized a moderate fortune; and it may be estimated that his country benefited by his invention to the extent of about twelve millions per annum, besides the impetus it imparted to all those great works in which the price and abundance of iron forms an important element of their success.

Neilson retired to that seclusion he was so fond of on the island of Bute, where he lived several years on a property which belonged to the late marquis, and whose friendship he enjoyed. Married in early life to an Ayrshire lady, an orphan, Barbara Montgomerie, he had by her several sons and daughters. She did not live to share that repose which later in life her husband enjoyed, but by her great spirit and energy, she cheered and stirred him up when with utter despondency his health and courage seemed entirely to fail. In 1851 he bought an estate in Kirkcudbrightshire, where he lived much loved and respected, pleasing and instructing all from the store of knowledge he had accumulated, and taking an active interest in all that tended to the welfare of those around him. His love of education never left him. He built an institution, with library, school, &c., for the instruction of the people on his estate—was a member of the Church of Scotland, but left it with the Free Church at the disruption; a strict Presbyterian, with perhaps a little too much of the Puritan in his character; severe and exacting in all questions of truth or honour. He died 18th January, 1865, at Queenshill, now the property of his eldest son, Walter Montgomerie Neilson, the well-known engineer and locomotive-engine maker of Glasgow.


The original text began with one, long one paragraph, which is split as five above to improve readability. Text from A Biographical Dictionary of Eminent Scotsmen (1875), Vol. 5, 215-216. (source)