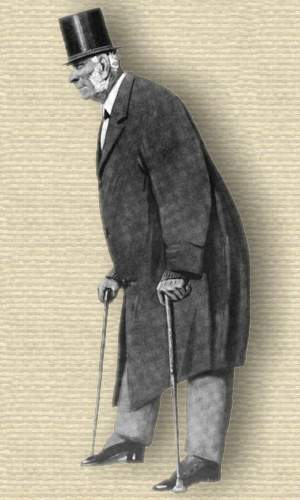 [p.vii] [Alfred Newton was] a man of strongly-marked personality, was for more than half a century a leader among the naturalists of this country, a distinguished Professor in the University of Cambridge, a prolific and accomplished writer, and a charming companion, whose geniality, humour, and innocent little whimsicalities, drew around him a wide circle of friends. …

We see the future man of science entering Magdalene College, Cambridge, in 1848, as an undergraduate of nineteen. Six years later his youthful reputation gained for him, as the son of a Norfolk squire, election to the Norfolk Travelling Scholarship, with the aid of which he was enabled to make ornithological researches in Lapland and Iceland, and to visit the United States and the West Indies. These early journeys confirmed his bent towards the study of birds, and laid the foundation of his fame as one of the most eminent ornithologists of his day. He used to regret in later life that he had not travelled [p.viii] more. He was indeed a born naturalist, and but for the lameness, which came from an accident in early boyhood, he would doubtless have become a dauntless pioneer in zoological regions as yet unexplored. Few bird-lovers could equal him in the quickness and sureness of eye which, even at a considerable distance, enabled him to distinguish a bird on the wing. The lameness, much increased by an accident in later years, greatly restricted the exploratory work which he might have achieved. It was most heroically borne by him, and was combated with two walking-sticks. He was too independent, however, to accept assistance if he could possibly do without it. In the yachting cruises which for some years I enjoyed in his company along the western coasts of Scotland, Ireland, and the Faroe Isles, he generally would land at every place of interest, even when a strong swell made it difficult to get into the boat. One could not but admire the tact with which he avoided the proffered hands of the crew, and his dexterity in the manipulation of his two sticks. His perfect coolness was remarkable on such occasions. He used to tell how once at Spitzbergen the dinghy slipped away before he had hold of the ship’s ladder and he plumped into the water, but kept his pipe in his mouth, and so, as he said, lost nothing!

It was about 1863 that he made Cambridge his permanent home. In 1866 he was elected Professor of Zoology and Comparative Anatomy in the University. He then began at once with much ardour to improve the Zoological Museum, which in his hands became in the course of years one of the most important in the country. His kindly nature led him to take much interest in the undergraduates who showed a love of natural history. His “Sunday evenings” at Magdalene, when he received his students, academical [p.ix] friends, and any notable men of science who might be visiting Cambridge, were highly popular. Mr. Wollaston testifies to their value from the undergraduate point of view.

Professor Newton was an indefatigable worker, never without some piece of scientific literature on hand, and often more than one. He was a keen critic of others, and not less of himself. He would write and re-write his compositions several times before they came up to his standard of arrangement and style. Above all he strove to secure accuracy in his own statements, and in his references and quotations. The pains taken by him with this object sometimes led to serious delays in the completion of his manuscript, which brought strong protests from the publishers, who had no sympathy with what they regarded as meticulous labour. If their complaints did not alter his habit, they at least filled him with indignation against the whole publishing tribe.

Newton was a strong Conservative, instinctively opposed to the abrogation of any ancient usage. This resolute stand on the antiquas mas led him occasionally into whimsical positions, some of which are alluded to in the following chapters. Yet it is nevertheless true that he was one of the earliest naturalists in this country to accept Darwin’s explanation of the origin of species. Not only did he receive with joy and admiration this momentous revolution in scientific thought, he actually made some effort to induce his brother naturalists to do likewise, but without success.

The reader of the volume may, in some measure, appreciate the personal charm which endeared the Professor to those around him. His perennial bonhomie, his youthful enthusiasms maintained up to the last, his inexhaustible fund of anecdote and reminiscence, his [p.x] unfailing good humour, his love of work, and his generous co-operation in the doings of every fellow-worker who needed his help, together with the amusing predicaments in which his conversation sometimes placed him, combined to make a rare and delightful personality, and underneath it all lay the solid and lasting service rendered by him to the branch of science to which he devoted his life.

[ Archibald Geikie (1835-1924) was a noted Scottish geologist, who was appointed director if the Geological Survey for Scotland in 1863. —Webmaster.]


Image (opposite p.258) and text by Archibald Geikie from the Preface to Alexander Frederick Richmond Wollaston, Life of Alfred Newton (1921), vii-x. (source)