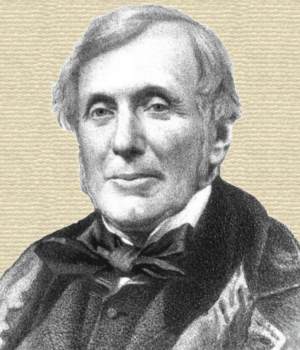 One of the most striking city scenes in the world is the view of London as you approach London Bridge in one of the small, low-decked steamers which ply upon the Thames. London stands where navigation for sea-going vessels ceases on this famous stream, which is crossed at London, within a stretch of three or four miles, by about fifteen bridges, of which seven or eight can be seen at one view under the middle arch of London Bridge.

Over all these bridges there is a ceaseless tide of human life, and in the river below, besides long lines of ships at anchor and unloading, there are as many steam-vessels, barges, skiffs, and wherries as can find safe passage. They seem more animated, picturesque, and grand as nowhere else presented, especially when the great black dome of St. Paul’s is visible, hanging over it, appearing to be suspended in the foggy atmosphere like a black balloon, the cathedral itself being invisible

Three of these bridges were built by the engineers, father and son, whose name appears at the head of this article, and those three among the most wonderful structures of their kind. One of these is London Bridge; another is called Southwark, and the third, Waterloo. The time may come when the man who builds bridges will be as celebrated as the man who batters them down with cannon; but, at present, for one person who knows the name of Sir John Rennie there are a thousand who are familiar with Wellington and Waterloo.

He had, however, a pedigree longer than that of some lords. His father was a very great engineer before him and that father acquired his training in practical mechanics under a Scotch firm of machinists and mill-wrights which date back to the reign of Charles the Second. It is to be particularly noted that both John Rennie, the elder, and Sir John, his son, derived an important part of the education in the workshop and model-room. Both of them, indeed, had an ideal education; for they enjoyed the best theoretical instruction which their age and country could furnish, and the best practical training also. Theory and practice went hand-in-hand. While the intellect was nourished, the body was developed, the hand acquired skill, and the eyesight, certainty. It is impossible to imagine a better education for young man than for him to receive instruction at Edinburgh University under the illustrious Professor Black, and afterwards a training in practical mechanics and the Andrew Meikle, one of the best mechanics then living. This was the fortunate lot of Rennie’s father, who wisely determined that his son should have the same advantage.

When the boy had passed through the preparatory schools, the question arose, whether he should be sent to one of the universities, or should go at once into the workshop. His father frequently said that the real foundation of civil engineering is mechanics, theoretical and practical. He did not believe that the young man could become an engineer by sitting in a class-room and hearing lectures; but that he must be placed in contact with realities, with materials, with tools, with men, with difficulties, make mistakes, achieve successes, and thus acquired the blended boldness and caution which marked the great men in this profession. It is a fact that the greatest engineers of the past century, whatever else they may have had or lacked, were thoroughly versed in practical mechanics. Smeaton, Telford, Arkwright, Hargreaves, George Stephenson, Rennie, were all men who as they used to say, had “an ounce of theory to a pound of practice.”

Young Rennie worked eight hours a day in the practical part of his profession, and spent four in the acquisition of science and the modern languages, aided in both by the first men in London in their branches.

For five years of this training gave him, as he states in his autobiography, the “rudiments“ of his profession. His father next determined to give him some experience in bearing responsibility, and placed him as an assistant to the resident-engineer of Waterloo Bridge, then in course of construction. He was but nineteen years of age; but, being the son of the head of the firm, he was naturally deferred to and prepared to take the lead. Soon after, the Southwark bridge was begun, which the young man superintended daily at every stage of his construction.

English engineers regard this bridge as the ne plus ultra of bridge-building. A recent writer speaks of it as “confessedly unrivaled as regards its colossal proportions, its architectural effect, or the general simplicity and massive character of its details.” It crosses the river by three arches, of which the central one has a span of two hundred and forty feet, and it is built at the place where the river at high tide is thirty-six feet deep. The cost of this bridge was four millions of dollars, and it required five years to build it. The bridge is of iron, and contains a great many devices originated by the young engineer, and sanctioned by his father. It was he also who first, in recent times, learned how to transport masses of stone of twenty-five tons weight, used for the foundation of bridges.

Having thus become an accomplished engineer, his wise old father sent him on a long tour, which lasted more than two years, in the course of which he inspected all great works, both of the ancients and moderns, in Europe, and the more accessible parts of Africa and Asia. Returning home, the death of his father suddenly placed upon his shoulders the most extensive and difficult engineering business in Great Britain. But with such a training, under such a father, and inheriting so many traditional methods, he proved equal to the position, continued the great works begun by his father, and carried them onto successful completion.

His father had already convinced the government that the old London Bridge could never be made sufficient for the traffic, or unobstructive to the navigation. A bridge has existed at this spot since the year 928, and some of the timbers of the original structure was still sound in 1824, when work upon the new bridge was begun.

Thirty firms competed for the contract for building the new London Bridge, but which was awarded to the Rennies, under whose superintendence it was built. The bridge is nine hundred and twenty-eight feet in length, and has five arches. In this structure although utility was the first consideration, there is an elegant solidarity and design which makes it pleasing and impressive in the highest degree. The rapid stream is as little obstructed as the circumstances admitted, and there does not appear to be in the bridge an atom of superfluous material. London Bridge is, I suppose, the most crowded thoroughfare in the world. Twenty-five thousand vehicles crossing daily, as well as countless multitudes of foot-passengers. So great is the throng, that there is a project now on foot to widen it. In 1831, when it was formally opened by King William IV., the great engineer was knighted, and he was in consequence ever after called Sir John Rennie.

During the period of railroad building, Sir John Rennie constructed a great many remarkable works, particularly in Portugal and Sweden. We have lately heard much of the disappointment of young engineers on the cessation in the construction of railroads as thrown out of business. Perhaps no profession suffered more from the dull times than this. Sir John Rennie explains the matter in his autobiography:–

“In 1844,” he tells us, “the demand for engineering surveyors and assistants was very great. Engineering was considered to be the only profession where immense wealth and fame were to be acquired, and consequently everybody became engineers. It was not a question whether they were educated for it, or competent to undertake it, but simply whether any person chose to dub himself engineer; hence lawyers’ clerks, surgeons’ apprentices, merchants, tradesmen, officers in the army and navy, private gentleman, left their professions and became engineers. The consequence was that innumerable blunders were made and vast sums of money were recklessly expended.”

It was much the same in the United States; and hence a good many of these gentlemen have been obliged to find a way back to the homelier occupations which they had rashly abandoned. But in our modern world a thoroughly trained engineer, like Sir John Rennie, will always be in request; for man’s conquest of the earth is still most incomplete; and I do not doubt that the next century will far outdo this in the magnitude of its engineering works, and in the external changes wrought by the happy union of theory and practice in such men as Telford, Stephenson, and Rennie.

Sir John Rennie spent the last years of his life in writing his Memoirs, a most interesting and useful work, recently published in London, which, I hope, will be republished here. It is just the book for a young fellow who has an ambition to gain honor by serving mankind in his skillful and manly way. Sir John Rennie, like his father before him, and like all other great masters of men, was constantly attentive to the interests and feelings of those who assisted him. He was a wise and considerate employer; and the consequence was, that he was generally served with loyal and affectionate fidelity. He died in 1874, aged eighty years.

From James Parton, Captains of Industry, or Men of Business Who Did Something Besides Making Money: A Book For Young Americans (1890) (source). Image added (not in original text) (source).