Memorial Address at University of Chicago (15 May 1910)

From Contributions to Medical Science by Howard Taylor Ricketts (1911)

[Howard Ricketts died at age 39. Yet, in his short life he uncovered the way in which the Rocky Mountain spotted fever was spread between animal life and man by ticks. He then turned his attention to the investigation of typhus, and from exposure to that disease during his research, died from becoming infected himself. His career was remembered by Ludvig Hektoen in this Memorial Address, subsequently expanded and reprinted to open a collection of his research papers. Together, this body of work by Ricketts made a book amounting to 497 pages, produced within a tragically shortened professional life. The book was published as a memorial, funded by friends and admirers in the various parts and laboratories around the world.] 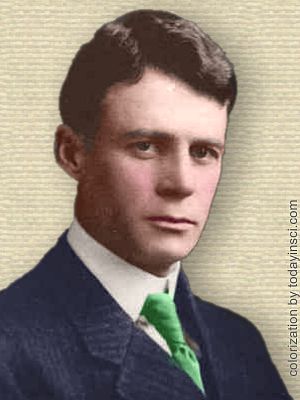 [p.3]Dr. Ricketts was born in Findlay, Ohio, February 9, 1871, passed his boyhood in Nebraska, and received the Bachelor's degree from the university of that state in 1894. He took his medical course at the Northwestern University Medical School, graduating in 1897, and then served as interne in the Cook County Hospital in Chicago. In 1899 he became fellow in cutaneous pathology in Rush Medical College and continued as such for two years. During part of this time he worked also in the dermatological clinic. In 1900 he married Myra Tubbs who supported him in his work with rare devotion, keen interest, and steady encouragement. There are two children, son and daughter.

In 1902, returning from a year's visit to European laboratories, he came to the University of Chicago as instructor in the newly founded Department of Pathology and Bacteriology. Later he became assistant professor and in the early part of 1910 he accepted the chair of pathology in the University of Pennsylvania, the duties of which he fully expected to assume in the fall. He died from typhus fever in Mexico City, May 3, 1910.

Dr. Ricketts was a modest and unassuming man, of great determination and of the highest character, loyal and generous, earnest and genuine in all his doings—a personality of unusual and winning charm. His associates of the hospital and fellowship days, who knew him well, knew his ability and energy, his distinct fondness for the day's work, all looked to him for the more than ordinary achievement.

He deliberately turned away from the allurements of active medical practice and decided to devote himself to teaching and investigation in pathology. He had early become possessed of noble ideals and had a pure love for the search after truth in his chosen field, which abided with him and gave him a high conception of all his duties and relations and placed a special stamp on [p.4] his work. His instinct for research at no time was permitted to lie dormant and unused, but growing stronger it carried him on farther and farther, and in due time the University freely and in special ways promoted the work in which he was to accomplish such large results. The torch was placed within the grasp of hands fit to carry it forward, and during the few short years given him he advanced it farther than we may realize at this moment, because he broke open paths for future progress.

His earlier researches on blastomycosis and immunological problems are all marked by thoroughness and directness, by clear and forceful reasoning; it is in the brilliant work on Rocky Mountain fever, however, that Dr. Ricketts fully reveals himself as an investigator of the first rank. He took up the study of this fever in the spring of 1906 as a sort of pastime during an enforced holiday on account of overwork. The disease is a remarkable one; it occurs in well-defined areas in the Mountains, is sharply limited to the spring months, varies greatly in severity, the mortality in one place being about 5, in another between 80 and 90, per cent. For some time it had been regarded as caused in some way by the bite of a tick. Dr. Ricketts promptly found that the disease is communicable to lower animals and that a certain tick, which occurs naturally on a large number of animals in those regions, by its bite can transmit the disease from the sick to the healthy animal.

These observations opened a new field, and henceforth he devoted himself untiringly to the investigation of the many problems that arose one after another as the work went on, both in the laboratory here and in the field. As we follow the various stages in the progress of this intensely active work it becomes very clear that Dr. Ricketts not only was gifted with imaginative power so that he could see and trace the various lines along which the solution of a problem might be sought, but that he also possessed in a full measure the capacity for that hard, accurate, patient work necessary for the more difficult task of finding the one, true solution. This combination of speculative ability and the power to do steady toil and even drudgery, often under great difficulties, made him a great investigator and brought him success.

[p.5] Some of the experiments devised to lay bare the secrets of the different orders of living things concerned in spotted fever are masterful in their ingenuity and comprehensiveness, notably those bearing on the hereditary transmission of spotted fever virus in ticks, on the occurrence of infected ticks in nature, and on the part played by small wild animals like the squirrel as source for the virus. 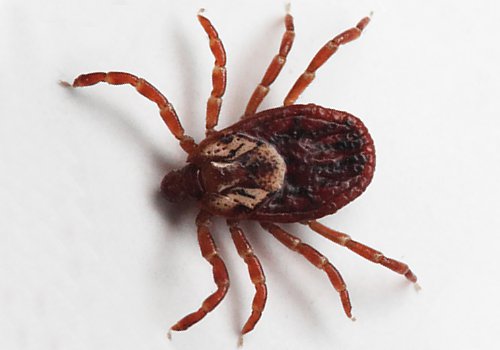 Having solved many hard questions he came to the conclusion that in man spotted fever depends simply on the accidental bite by an adult tick carrying active virus. As only adult ticks find their way to man and as they occur only in the spring, the peculiar seasonal prevalence of the disease is nicely explained. It is almost unnecessary to point out that the work furnishes clear and direct indications as to what to do in order to prevent the disease. Finally last year, he discovered what seems to be the immediate cause of spotted fever, namely a small bacillus, which he found in the blood of patients and in ticks and their eggs. Strains of this bacillus present in ticks from different places vary greatly in virulence, and this fact may explain why spotted fever var1es so greatly in severity.

Many of the observations and discoveries in connection with this work have a much wider significance, and will surely prove of value and service on the ever-shifting battleground with infectious diseases. 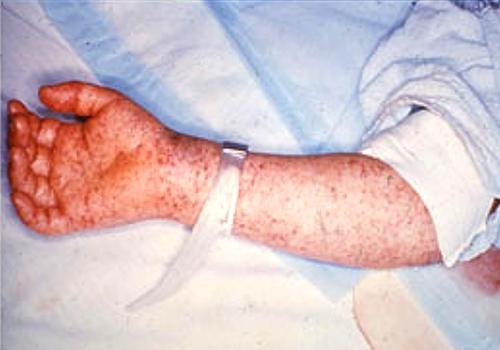 Example of a later-stage rash in an RMSF patient (source)

Rocky Mountain spotted fever in many ways resembles typhus fever. As he was completing his three years' study of the Rocky Mountain disease, having determined its mode of transmission, its cause, and a rational method for its prevention, Dr. Ricketts became more and more strongly impressed with the thought, which he had had for some time, that the special knowledge and training thus acquired would prove of great value in the study of typhus fever and thereby perhaps be put to the best use. This idea met with encouragement, and in July of last year it was definitely decided to take up the study of typhus fever in the City of Mexico, that being the nearest place, so far as known, where any such work could be done. I speak of this date because I wish to make it clear that Dr. Ricketts reached his decision before, and entirely independently of, the establishment by the Mexican government [p.6] of certain prizes for successful investigation of the typhus fever of Mexico (Tabardillo).

Typhus fever has been one of the great epidemic diseases of the world. Its devastations are recorded “on the dark pages of history, the pages that tell of war, overcrowding, want, and misery.” Until the middle of the last century it prevailed in practically all large European cities; now it has largely disappeared, owing, it is believed, to better sanitary conditions; but it is still smoldering in many centers, and in some places, as in Mexico, typhus in one of its forms now claims hundreds of victims each year. When it assumes its most virulent forms typhus fever may become one of the most contagious of diseases, and there is no disease that has claimed so many victims among physicians and nurses. It is stated that in a period of twenty-five years, of 1,230 physicians attached to institutions in Ireland 550 succumbed to typhus. Of the six American scientists who have studied the typhus fever of Mexico since December last, three have been stricken and two have died—Conneff of the Ohio State University expedition and our Ricketts. It is when the sick are aggregated in hospital wards that the danger of infection is especially great. Until very recently nothing was known as to the cause of typhus fever and the exact mode of its transmission.

Fully acquainted as a matter of course with all the characteristics of the disease, Dr. Ricketts and his volunteer assistant, Mr. Russell M. Wilder, began their work in December last. Before many weeks had passed results of great importance were secured; it was found that typhus is different from the Rocky Mountain fever, although they have many points in common; that the Mexican typhus is communicable to the monkey; and that it may be transmitted by an insect (Pediculus vestamenti). Some of these results are confirmatory of very recent results obtained by others, but on April 23 they were able to announce the discovery of a micro-organism, apparently a bacillus, in the blood of typhus patients and in the insect. It seems reasonable to believe that this organism may be the cause of typhus fever.

While courageously and devotedly pushing this and other work on to completion Dr. Ricketts was stricken with typhus, and the [p.7] unfinished investigations of such fundamental importance must be taken up by others. Thus a young and noble career of great achievement and of large service to humanity came to a sudden and heroic end, and a new name was placed on the martyr roll of science.

Those near to him know that he fully understood the dangers to which he would be exposed and the risks he would run. He decided he would take those risks, meet the dangers with all possible means of prevention, and do the work that would come to his hands. And so he made the great sacrifice and gave all that a man can give for his fellow-men.