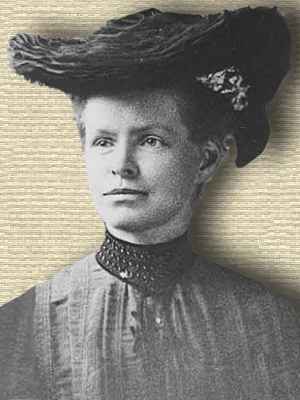 [p.468] Miss Stevens began her career as an investigator in 1901 at the age of forty years. It is rare for one who starts so late in life to attain in a few years so high a rank amongst the leaders in one’s chosen field. In Miss Stevens’s case this was made possible by her natural ability and devotion to her work, as well as by the liberality of Bryn Mawr College, which created for her a research professorship. Her investigations lay almost entirely in the field of cytology, and covered not only extensive studies of the germ cells, but a memoir on the life cycle of one of the protozoa, and several papers on the histology of regenerative processes in planarians and hydroids.

Modern cytological work involves an intricacy of detail, the significance of which can be appreciated by the specialist alone; but Miss Stevens had a share in a discovery of importance, and her name will be remembered for this, when the minutiæ of detailed investigations that she carried out have become incorporated in the general body of the subject. In 1906 she found that the male of a beetle (Tencbrio molitor) produced two kinds of [p.469] sperm, differing in that one half the sperms have a large chromosome and the other half a smaller chromosome. Two such classes of sperm were already known in certain other insects, and McClung had earlier suggested their connection with sex production. Miss Stevens was among the first to establish the correctness of this hypothesis by the discovery that the small chromosome is confined to the male line while in the female its place is taken by the larger one. She drew the correct inference that since all unfertilized eggs are alike in their chromosomal content, therefore a female results from the fertilization of an egg by the sperm containing the larger chromosome, and the male by the sperm containing the smaller chromosome. A similar relation was discovered at the same time by Professor E. B. Wilson. Their joint discovery marks the turning point in the history of the theory of sex-determination.

During the following six years Miss Stevens extended her studies in this subject over a wide field. In 50 species of beetle she found an unpaired chromosome in twelve cases, and an XY pair in thirty-eight cases, and in nine species of flies she found an XY pair of chromosomes. Such an extensive study will not seem superfluous when the reception of this important discovery in regard to sex is remembered, for the profound significance of the results were by no means generally appreciated, and it is not going too far to say that many cytologists assumed a sceptical or even antagonistic attitude for several years towards the new discovery. No doubt this will be attributed to scientific caution, but conservatism may better account for the slowness with which a recognition of this discovery was received. It was said, for example, that the unequal distribution of the sex chromosomes is only an index of some more profound changes taking place, and is not in itself the real differential. In apparent support of this objection was advanced the fact—which Miss Stevens’s work had also helped to establish—that in a number of insects the sex-chromosomes are equal in size. The first objection is purely formal, for even if true the discovery would still remain of prime importance as indicating when and how an internal difference arises that leads to the formation of the two sexes. In regard to the fact appealed to in apparent support of this objection, it has, more recently, become apparent that the sex chromosomes are also responsible for a number of other differences, in addition to that of sex determination. In other words, sex determination is only one of many “factors” carried by these chromosomes. If this is granted, the inequality in size differences—one on which perhaps too much emphasis was placed at first—is in itself of no significance, although when such a difference is present it gives a clue to a fundamental relation which might otherwise escape detection. The appeal, therefore, to the cases where no difference in size can be detected, has no significance, except in so far as an unfortunate emphasis laid on a size difference gave the conservative-minded an opportunity to insist on an unimportant criticism.

Miss Stevens’s first paper in 1901 gave a complete account of the life cycle of the protozoan, Boveria, parasitic in Holothurians. Later she discovered the occurrence of true chromosomes in this form, and made out many of the processes that take place during conjugation. 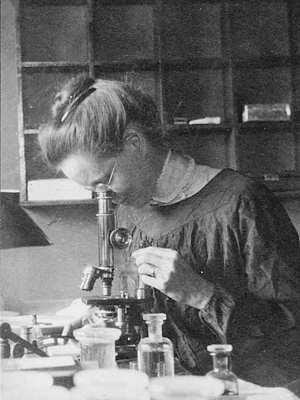 Four papers dealing with the chromosomes in the life cycle of Aphids appeared in 1905, 1908, 1909 and 1910. The double number of paired chromosomes was found in the parthenogenetic cycle, and the reduced number in the sexual forms. The parthenogenetic eggs were shown to give off a single polar body; the sexual egg two polar bodies. Miss Stevens denied at first the presence of an unpaired sex chromosome in the spermatogenesis, but later corrected this error. She failed to note, at first, that the male had fewer chromosomes than the female, but later recognized this difference. In her work on other insects she described both an end-to-end union of chromosomes, as well as a side-to-side pairing, but her work on the synaptic stages was far less complete and convincing than that on other parts of the germ-cycle. At the time of [p.470] her death she was engaged in studies directed more especially to this difficult phase of gametogenesis.

She discovered in the Muscidæ that the homologous chromosomes lie side by side in each spermatogonial and oogonial division, as well as before synapsis. Even in somatic division a similar pairing was found. In Ceuihophilus one to three supernumerary chromosomes were discovered, whose behavior in rest and in growth stages indicated, she thought, their probable relationship to the sex chromosomes (1912). Previously, she has found that the presence of supernumerary chromosomes in Diabrotica led to a variable number (with fixed limits however) of chromosomes in different individuals of the same species.

In the regenerative processes in the hydroid, Tubularia, Miss Stevens found that the old tissues become remodeled into the new without undergoing any retrogressive changes, and a similar condition was found in Planarians. In Sagitta the true oviduct, previously overlooked, was described and its development, and that of the ovary also, were thoroughly studied.

Some interesting facts in regard to the color of the parthenogenetic and sexual forms of Aphids were recorded, but the study of the inheritance of these colors was not brought to completion, although certain possibilities were indicated. Miss Stevens’s experimental work was much less extensive. It included studies on the regeneration of hydroids and planarians. She performed the delicate operation of separating the centrosome from the rest of the karyokinetic figure with the eggs of the sea-urchin. The non-nucleated piece, with a centrosome but without a nucleus, was found not to divide further, confirming Boveri’s conclusion that the centrosome alone is unable to bring about cell division.

Miss Stevens’s work is characterized by its precision, and by a caution that seldom ventures far from the immediate observation. Her contributions are models of brevity—a brevity amounting at times almost to meagerness. Empirically productive, philosophically she was careful to a degree that makes her work appear at times wanting in that sort of inspiration that utilizes the plain fact of discovery for wider vision. She was a trained expert in the modern sense—in the sense in which biology has ceased to be a playground for the amateur and a plaything for the mystic. Her single-mindedness and devotion, combined with keen powers of observation; her thoughfulness and patience, united to a well-balanced judgment, accounts, in part, for her remarkable accomplishment.