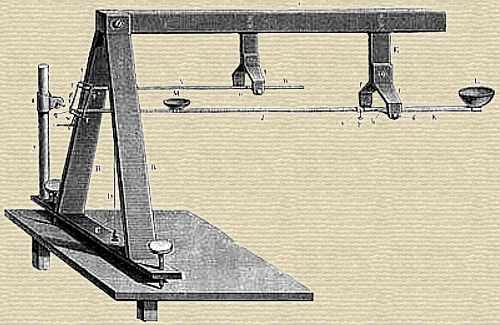 Whereas earlier methods of measuring blood pressure had involved inserting a tube into an artery, the sphygmograph invented by Karl von Vierordt, in 1854, enabled the tracing of a human pulse by a non-invasive technique. He originated the important principle that blood pressure could be determined by measurement of the counter pressure that would suppress the pulse. This was obtained using a mechanical balance and weights. Although still rather crude and cumbersome to operate, it was nevertheless an improvement in accuracy over earlier techniques.