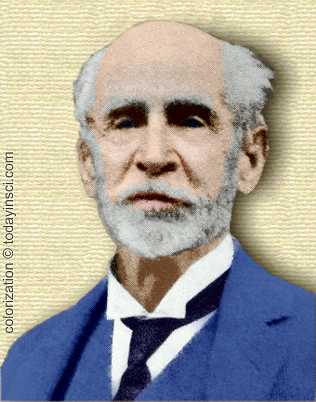 [p.471] AS we wander through the public places, vying with each other in size and magnificence of establishment, which have lent those characteristic features that so impress one at Berlin, or as we betake ourselves to enjoy or perhaps criticise one of the more recent theaters, while the eye delightedly notes the wonders of modern art decoration, the foot at the same time finds a very peculiar yet very agreeable sensation. What is it on which we are walking? It is not a wood floor, for we see no cracks, and besides it is too elastic to the tread; it is not oilcloth, for this antiquated floor covering was hard and cold; in spite of the easy walking on it, it is not a wool carpet, for here nothing of the dust is to be seen which always clings to a wool carpet, be it ever so clean. It appears to be a floor covering which, free from the faults of the older kinds of carpeting, unites in itself their virtues. Upon more thorough inspection we recognize that we have here linoleum or cork carpet as the Germans call it.

[p.472] The word “linoleum” is the name of the most valuable ingredient of the carpet in question, linseed-oil, a material for which men of the pen and palette have the highest esteem, because it makes enduring what they write or paint on paper or canvas.

The German name, “cork carpet,” is self-explanatory; pulverized cork is the second, less expensive but not less important ingredient ; its elasticity partly lost during its pulverization is restored by combining it with linseed-oil oxidized in the natural way.

So much of the article whose manufacture to-day makes a mighty industry we already knew; but we were eager to secure a closer knowledge of the manner of its restoration,—for linoleum-manufacture is a modern art—and so we set out for the German linoleum manufactory at Delmenhorst.

Beginning systematically with the first principles, the technical director, who accompanied us, first showed us the cork mills, where by an imposing number of mill-stones of huge dimensions the cork is ground up into powder. Then it goes into a huge oil tank, in which there is constantly about a million pounds of the best painters’ linseed-oil, into the oil caldron and pumps into the oxidizing-houses. Here a peculiar surprise awaits one who has been accustomed to regard oil as a fluid; he sees the linseed-oil as a caoutchouclike, pellucid mass, hanging in long stringy strips, which constantly are flooded with fresh oil. The wonderful metamorphosis from the fluid to the solid state is the result of the oxidizing process effected by the oxygen of continually renewed air.

Nature works gratis but she takes her own time. Six or eight months must pass before the oxidizing process is completed, and during that time a great capital depends literally on the air. At the director’s friendly invitation to step nearer, I leaned forward, when by its influence on my tear-ducts I was made aware of the sharp acid escaping from the linseed-oil during its oxidization.

By taking into the hand some of the oxidized linseed-oil one immediately observes how this combined with cork produces such a remarkable material. This solidified oil is pulverized, mixed with a fossil resin, then is put through a series of kneading and roller systems which work the pulverized cork and fine coloring matter thoroughly through it, and finally the resulting mass is pressed through steam-heated rollers onto a strong canvas web.

The inventor of the linoleum carpet, Frederick Walton, founded the first factory for its manufacture more than thirty years ago at Staines, on the Thames. One is filled with admiration for his ingenious idea and for the great improvements his invention has received at the hands of the Germans. Now this floor-covering perfectly unites in itself the warmth and sound-deadening qualities of carpet, the elasticity, firmness, and waterproofness of caoutchouc, and the cleanliness of the old-time oilcloth.

Especially interesting is the art and method of printing in the most varied patterns the now one-colored surface of the linoleum. This is done in heavy printing forms. The patterns of striking beauty in form and color, show that the esthetic part of the enterprise is capably manipulated.

The colors, which are laid on thick and hardened in a tedious drying process, will in the protected inner rooms of a house, stand the wear and tear of many years. But since for many places an ornamental pattern is not desired, a granitelike, mottled and veined linoleum is manufactured, which unites the indestructibility of the one-colored carpet with the beautiful appearance of a granite floor.

The most nearly perfect article made at the linoleum factory and now made only at the Delmenhorst works, is the so-called “inlaid linoleum,” the colors of whose patterns actually go clear through it, so that they never can wear off. I was extremely astonished to see them fill up the different colored parts in compartments, and to subject the material thus applied in a pattern to a hydraulic pressure of about four thousand, four hundred pounds to the square inch. “That,” thought I to myself, “is indeed the floor-covering of the future.”