Marston Bates
“Research is the process of going up alleys” 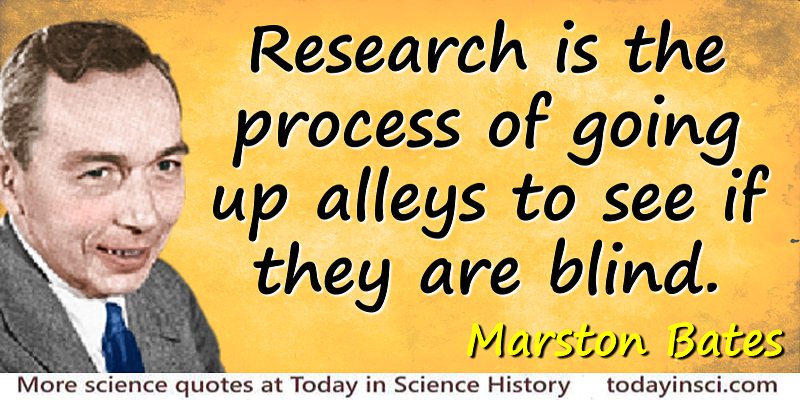 “Research is the process of going up alleys to see if they are blind.”
— Marston Bates

This is an elusive quote to trace to its source. It appears on numerous webpages and in books, mostly without citation. The earliest example Webmaster has found is as an epigraph (a quote with a chapter heading) in The World of Physics (1986), Vol. 2. But again, without citation. Webmaster has seen cites to The Nature of Natural History (1950), but thus far has not found the quote therein. For now, it is snappy, and can have the benefit of the doubt. It may be in a paper he wrote, newspaper or magazine article, or as part of a speech he gave. So, if you know the primary source, please contact Webmaster.