The Medical Co-Education of the Sexes

[The determination of Elizabeth Blackwell to be accepted into medical school for professional training is described in the following letter, published in the Church Union newspaper, New York in 1892. It was written by a well-known physician of that city, Stephen Smith, M.D. who knew her as a fellow-student in the Geneva Medical College, New York. Despite her triumph in obtaining entrance to that medical school, and successfully completing her education, it should be noted that upon Dr. Blackwell's graduation in 1849, the way would be no easier for the next female applicant. Charles A. Lee, Dean of Geneva Medical College, recognized Dr. Blackwell's individual accomplishment as a graduate, in his valedictory address when speaking at the Commencement (23 Jan 1849). Yet, apparently stung by subsequent  condemnation in a medical journal for admitting a woman into the college, when the address was printed, he had a footnote added stating in future due to the inconveniences of the admission of females to all lectures in a medical school, he would oppose the practice.]

Medical circles were recently entertained by a symposium of prominent physicians discussing the propriety of the medical co-education of the sexes. All of the writers were opposed to the suggestion; some, notably Dr. Weir Mitchell, of Philadelphia, expressed the utmost disgust at the proposition. It happened to me to have witnessed the first instance of the co-education of medical students of both sexes in this country, and the results quite upset the theories of these gentlemen. 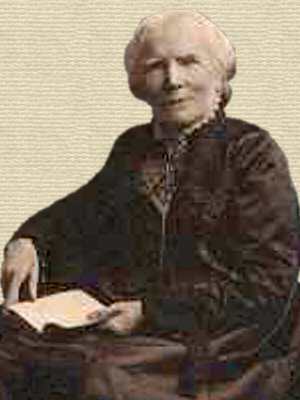 The first course of medical lectures which I attended was in a medical college in the interior of this State in 1847-48. The class, numbering about 150 students, was composed largely of young men from the neighbouring towns. They were rude, boisterous, and riotous beyond comparison. On several occasions the residents of the neighbourhood sent written protests to the faculty, threatening to have the college indicted as a nuisance if the disturbance did not cease. During lectures it was often almost impossible to hear the professors, owing to the confusion.

Some weeks after the course began the dean appeared before the class with a letter in his hand, which he craved the indulgence of the students to be allowed to read. Anticipation was extreme when he announced that it contained the most extraordinary request which had ever been made to the faculty. The letter was written by a physician of Philadelphia, who requested the faculty to admit as a student a lady who was studying medicine in his office. He stated that she had been refused admission by several medical colleges, but, as this institution was in the country, he thought it more likely to be free from prejudice against a woman medical student. The dean stated that the faculty had taken action on the communication, and directed him to report their conclusion to the class. The faculty decided to leave the matter in the hands of the class, with this understanding—that if any single student objected to her admission, a negative reply would be returned. It subsequently appeared that the faculty did not intend to admit her, but wished to escape direct refusal by referring the question to the class, with a proviso which, it was believed, would necessarily exclude her.

But the whole affair assumed the most ludicrous aspect to the class, and the announcement was received with the most uproarious demonstrations of favour. A meeting was called for the evening, which was attended by every member. The resolution approving the admission of the lady was sustained by a number of the most extravagant speeches, which were enthusiastically cheered. The vote was finally taken, with what seemed to be one unanimous yell, 'Yea!' When the negative vote was called, a single voice was heard uttering a timid 'No.'

The scene that followed passes description. A general rush was made for the corner of the room which emitted the voice, and the recalcitrant member was only too glad to acknowledge his error and record his vote in the affirmative. The faculty received the decision of the class with evident disfavour, and returned an answer admitting the lady student. Two weeks or more elapsed, and as the lady student did not appear, the incident of her application was quite forgotten, and the class continued in its riotous career. One morning, all unexpectedly, a lady entered the lecture-room with the professor; she was quite small of stature, plainly dressed, appeared diffident and retiring, but had a firm and determined expression of face. Her entrance into that Bedlam of confusion acted like magic upon every student. Each hurriedly sought his seat, and the most absolute silence prevailed. For the first time a lecture was given without the slightest interruption, and every word could be heard as distinctly as it would if there had been but a single person in the room. The sudden transformation of this class from a band of lawless desperadoes to gentlemen, by the mere presence of a lady, proved to be permanent in its effects. A more orderly class of medical students was never seen than this, and it continued to be to the close of the term.

The real test of the influence of a woman upon the conduct and character of a man in co-education was developed when the Professor of Anatomy came to that part of his course which required demonstrations that he believed should be witnessed only by men. The professor was a rollicking, jovial man, who constantly interspersed his lectures with witty remarks and funny anecdotes. Nor did he study to have his language chaste, or the. moral of his stories pure and elevating. In fact, vulgarity and profanity formed a large part of his ordinary lectures; and especially was this true of the lectures on the branch of anatomy above mentioned. On this account, chiefly, he was exceedingly popular with his class; and during his lectures stamping, clapping, and cheering were the principal employments of the students. 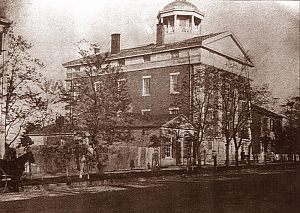 Geneva Medical College (founded 1835), by 1847 had seven faculty members, about 150 students and a new college building. Like many of the nineteenth-century medical schools, it was short-lived. In 1871, it became part of Syracuse University. (source)

One morning our lady student was missed at the lecture on anatomy, and the professor entered the room evidently labouring under great excitement. He stated that he had a communication to make to the class which demanded the most serious consideration. He then explained that he had thought it highly improper that the lady student should attend certain lectures specially adapted for men, and as he was approaching that subject he had frankly advised her to absent herself, in a letter which he read. He dwelt upon the indelicacy of the subject, the embarrassment under which he should labour if a lady were present, and the injustice which would be done to the class by the imperfect manner in which he should be obliged to demonstrate the subject. He closed by offering her abundant private opportunities for study and dissection. He then read her reply.

It was gracefully written, and showed a full appreciation of his embarrassing position, when viewed from the low standpoint of impure and unchaste sentiments. But she could not conceive of a medical man whose mind was not so elevated and purified by the study of the science of anatomy that such sentiments would for a moment influence him. Coming to the practical question of her attendance upon these lectures, she stated that if the professor would really be embarrassed by the presence of a lady on the first tier of seats, she would take her seat on the upper tier; and she trusted that his interest in his subject would lead him to entirely forget the presence of student No. 130—her registered number. At the close of the letter the professor acknowledged the justice of the rebuke which he had received, and declared that a lady who was animated by such elevated views of her profession was entitled to every possible encouragement which the class or faculty could give. He then opened the door and she entered, only to receive an ovation of the most overwhelming character. The lectures on anatomy proceeded in regular order to their conclusion; and it was the universal testimony of the oldest students that they had never listened to such a complete and thorough course.

At the close of the term our lady student came up for examination for graduation, and took rank with the best students of the class. As this was the first instance of the granting of a medical diploma to a woman in this country, so far as the faculty had information, there was at first some hesitation about conferring the degree. But it was finally determined to take the novel step, and in the honour list of the roll of graduates for that year appears the name, Dr. Elizabeth Blackwell.

Photos were added (not in original text). Some of the paragraph breaks were added to improve readability. Text from a letter originally published in the Church Union newspaper, New York in 1892. Reprinted in Dr. Elizabeth Blackwell, Pioneer Work in Opening the Medical Profession to Women (1895), Appendix I, 255-59. (source)