TOBACCO AND THE DISEASES IT PRODUCES.

To the Editor of The Times 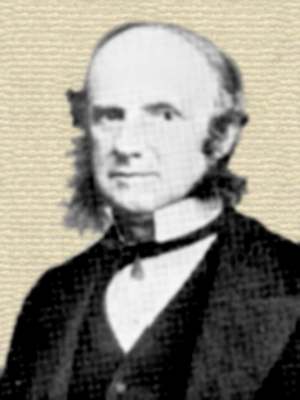 Sir,—The enormous consumption of tobacco in all European States, makes it, in my opinion, very important to examine whether it, in any form, is sanctioned by medical experience. In the forms of the raw and the manufactured article we probably pay some £15,000,000 a year in this country for tobacco—i.e., the male population does. In Holland, more money is said to be spent on tobacco than on bread.

In my opinion all this consumption is far worse than waste; it is a real vice—i.e. a practice deleterious to health and vitality, and has, in little more than three centuries, invaded the whole of civilisation. The alkaloids contained in tobacco, whether chewed, snuffed, or smoked, are extremely poisonous. Chewers absorb a small quantity of an alkaloid nicotine, so poisonous that the amount of it contained in the infusion of one cigar would suffice to kill two men; and smokers absorb in the saliva and by the mucous membranes of the mouth small quantities of a variety of poisonous alkalies not much less fatal to life than nicotine. The smoker or chewer who uses tobacco for the first time exhibits symptoms of acute poisoning in the form of nausea, vomiting, vertigo, and prostration, which have been known in some recorded cases to produce death. Custom makes the system tolerate the poison just as it tolerates opium or arsenic. Smoking accelerates the pulse from the paralysing effect of the nicotine on the nerves, which affect the callibre of the small arteries. It will raise the pulse from 74 to 112 beats per minute, and accelerate the number of respirations. Dr Blatin gave small doses of tobacco to dogs in their food daily; and this caused the poor animals to lose appetite, to have diarrhœa, swelling of the gums, and loosening of the teeth, which was followed by palsy of the hind legs, blindness, deafness, and death from asthenia. Smokers and chewers of tobacco, in my experience, have many of such symptoms. They are subject to most annoying palpitations of the heart, to hoarseness, to blackening of the teeth and swelling of the gums, to weakness A sight, going on to blindness (amaurosis), and to various forms of dyspepsia, with or without diarrhœa. I have seen several well marked cases of nicotic blindness in young men under thirty who had chewed, for chewing is, of course, as it affords nicotine to the blood, much more rapidly poisonous than smoking; but the long-continued smoking of shag tobacco, or, above all, of Cavendish tobacco, in quantities of from half an ounce daily, very frequently causes blindness in men of forty. The irritation of tobacco on the tongue, and of pipes on the lips, causes a form of cancer. There are many diseases noticed among the factory workers in the Royal Factory near Vienna. Dr. Kostral observed a certain number of deaths among the boys and girls in that establishment, which were due to nicotism. Of 100 boys, from 12 to 16 years, 72 fell sick in the first six months of their stay in the factory. The factory women aborted frequently, and their infants were frequently poisoned by the nicotine in their mothers’ milk. Of 506 births occurring in three years, there were eleven still births, and 206 of the infants died shortly; 101 of them from diseases of the brain with convulsions. And it was a notable fact that the great majority of these deaths occurred when the mothers recommenced to work in the factory.

English and French people smoke much stronger and more poisonous tobaccoes than the Germans or Turks. Lotet-Garonne tobacco contains 8 per cent, of nicotine; shag contains about 7 per cent. Need we wonder that many persons in this country and in France are irretrievably injured in health by such poisonous tobaccoes? Bertillon found that the youths in the Polytechnic Schools in Paris who smoked were much less likely to obtain certificates for proficiency than the non-smokers. Sir Benjamin Brodie Sir W. Jenner, Mr G. Critchett, and a perfect host of leading European medical men have inveighed against tobacco. My own experience makes me put down the causation of quite a host of ailments to the use of tobacco in some form. In conclusion, I think that the use of tobacco is one of the most evident of all the retrograde influences of our time. It invades all classes, destroys social life, and is turning, to use the words of Mantegazza, the whole of Europe into a cigar divan.