These pages include science quotes from archaeologists, biologists, chemists, geologists, inventors and inventions, mathematicians, physicists plus pioneers in medicine, science events and technology. 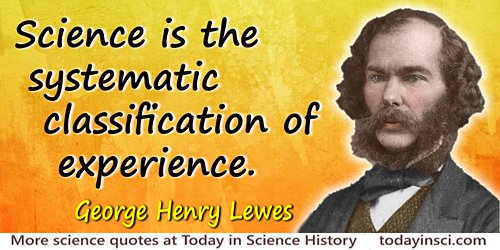 This index gives quotes listed under category headings. When a quote is made ABOUT a scientist, that will be included on the named person’s page, in the Scientist Names Index. If there are no quotes BY a named person, there may be no corresponding Scientist Name page, and then the person's name is instead indexed to a category page, below.

Some quotations are funny, or pithy, together with longer ones that record the words of a scientist about their own discoveries or outlook.

Maturin M. Ballou, in the Preface to his Edge-Tools of Speech (1899), wrote: “To be of greatest value quotations must be accurately given; but the readiest memory seldom retains more than the aggregated sense of an aphoristic utterance.” Therefore, some familiar quotes cannot be traced to a verbatim source. Nevertheless, “According to Dean Swift, abstracts, abridgments, summaries, etc., have the same use as burning-glasses, — to collect the diffused rays of wit and learning, and make them point with warmth and quickness upon the reader's imagination.”