John N. Bahcall
“We should do astronomy because it is beautiful” 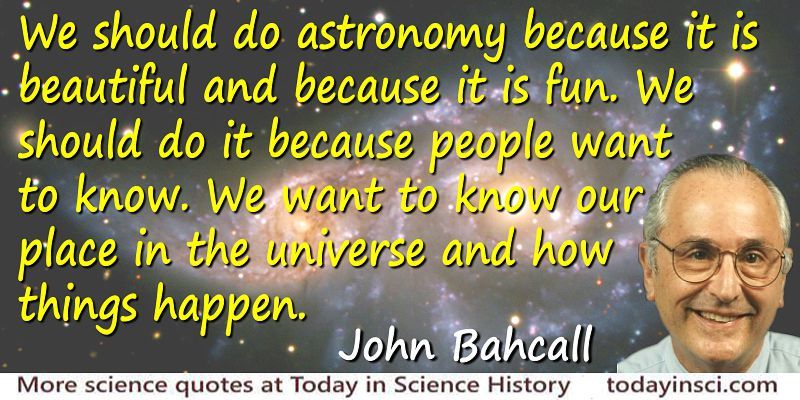 This quote comes from an interview with John Bahcall by R. A. Schorn published in the Jan 1990 issue of Sky and Telescope. At the time, Bahcall was chairman of a National Academy of Sciences committee researching progress in US astronomy. He discussed the past and present work of survey committees. Bahcall also considered the funding controversies among astronomical projects, the significance of peer reviews and studies, support for radio astronomy, and its place in the world for astronomy carried out in America.