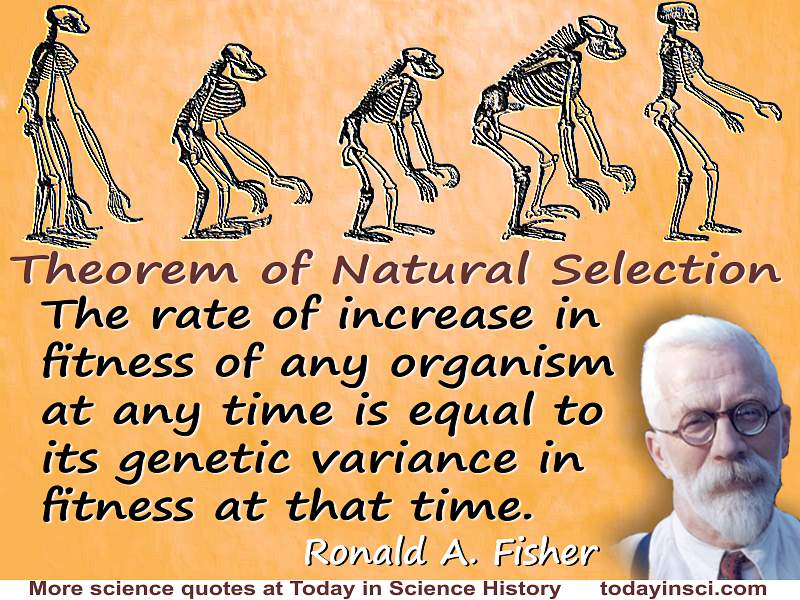 As both a statistician as well as a geneticist, in order to derive this statement, R.A. Fisher actually applied a serious mathematical analysis to the parameters involved in natural selection. He considered two groups of individuals bearing alternative genes, and the variations occurring in each group. Any increase in the prevalence of a certain variation implies the genes involved also increase among the individuals in successive generations. Comparing the groups, their two such rates of increase can only be either equal in both groups, or unequal.

Fisher assigned algebraic variables to represent the difference, a, between these rates and α to represent the average effect upon them by gene substitution. The ratio between the appearance of one gene relative to the alternative gene was expressed as the ratio, p : q. The time rate of change was set up in an equation relating these several parameters. Within five lines of equations, Fisher derived a simple equation showing “the rate of increase in fitness due to all changes in gene ratio is exactly equal to the genetic variation of fitness which the population exhibits.” Thus, he demonstrated that the fitness to survive is mathematically related to the genetic variance, as stated in the quote above.