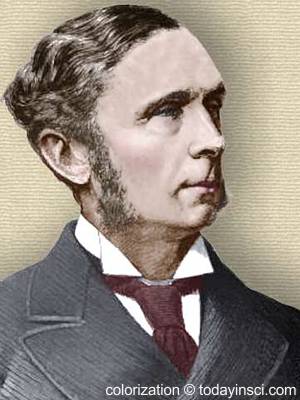 THE name of the great English laryngologist, which has long been honored by scientists of England and the Continent, has lately become familiar to every one, even in unprofessional circles, in Germany because of his operations on the Crown Prince's throat. If his wide experience and great skill enable him to permanently remove the growth from the throat of his royal patient, if his diagnosis and prognosis are confirmed, so that no fear need be entertained for the life and health of the Crown Prince, the English specialist will certainly deserve the most sincere thanks of the German nation. Every phase of this treatment, every new development, is watched with suspense and hope.

Many have been unable to suppress the expression of regret that this important case was not under the care of a German, and part of the press look upon it as unjust treatment of the German specialists. But science is international, it knows no political boundaries, and the choice of Dr. Mackenzie by the family of the Crown Prince, whose sympathy with England is natural, cannot be considered a slight to German physicians when it is taken into consideration that the German authorities pronounced the growth suspicious and advised a difficult and doubtful operation, and that Prof. v. Bergman recommended that a foreign authority be consulted. As Dr. Mackenzie removed the obstruction, which had already become threatening and, in fact, dangerous, causing a loss of voice, and promised to remove any new growth from the inside without danger to the patient, the Crown Prince naturally trusted him. Since Virchow has made a microscopic examination of the part which was cut away, and has declared the new growth to be benign, all Germans should watch the results of Dr. Mackenzie’s operations with sympathy, trusting that all further growth will be prevented, and that the Crown Prince will be restored to the German people in his former state of health.

Dr. Morell Mackenzie has lately reached his fiftieth year, and has attained the height of his fame as an author and practitioner. He was born at Leytonston in 1837, and studied first in London. At the age of twenty-two he passed his examination, then practiced as physician in the London Hospital, and obtained his degree in 1862. A year later he received the Jackson prize from the Royal Society of Surgeons for his treatment of a laryngeal case,

He completed his studies in Paris, Vienna (with Siegmund), and Budapest. In the latter place he worked with Czermak, making a special study of the laryngoscope. Later he published an excellent work on “Diseases of the Throat and Nose,” which was the fruit of twelve years’ work. The evening before the day on which this work was to have been issued, the whole edition was destroyed by a fire which occurred in the printing establishment, and had to be reprinted from the proof sheets, which were saved. In 1870 his work “On Growths in the Throat” appeared, and he has also published many articles in the British Medical Journal, the Lancet, Medical Times and Gazette, etc., which have been translated into different languages making his name renowned all over Europe.

Since he founded the first English hospital for diseases of the throat and chest, in London in 1863, and held the position of lecturer on diseases of the throat in the London Medical College, his career has been watched with interest by the public, and his practice in England is remarkable. Therefore it is no wonder that his lately published work “On the Hygiene of the Vocal Organs” has reached its fourth edition already. This work is read not only by physicians, but also by singers and lecturers.

As a learned man in his profession, as an experienced diagnostician, and as a skillful and fortunate practitioner, he is surpassed by none; and his ability will be well known far beyond the borders of Great Britain if fortune favors him and he restores the future Emperor of Germany to his former strength and vigor, without which we cannot imagine this knightly form The certainty with which Dr. Mackenzie speaks of permanent cures which he has effected in similar cases, together with the clear and satisfactory report of the great pathologist Virchow, lead us to look to the future with confidence. —Illustrirte Zeitun.

[The German Crown Prince was married to one of Queen Victoria's daughters, and thus was her son-in-law. Because he was receiving attentive care, the Queen was so pleased that she rewarded Mackenzie with a knighthood on 7 Sep 1887.

However, the optimism expressed for the royal patient’s recovery was premature. The extent of the cancer of the throat was much more difficult to treat, and ended only months later with failure. Although greatly debilitated by the disease, the Crown Prince became the German Emperor, on 9 Mar 1888. He died only weeks thereafter, on 15 Jun 1888.

Mackenzie was lambasted by the German press. In response, he hurriedly published a book, The Fatal Illness of Frederick the Noble, defending himself by forthrightly describing his role in the treatment, together with criticism for the actions of the German doctors. By Nov 1888, Mackenzie resigned his membership in the Royal College of Physicians. The Censors’ Board of the College expressed their “grave disapproval” that Mackenzie made public the affairs of the patient and levelled charges against his colleagues. That was “contrary to the traditions of the medical profession throughout the civilised world.” The judgment of the Censors’ Board was accepted at the 31 Jan 1889 meeting of the College.

Influenza, asthma and other bouts of sickness drained his health from the summer of 1890, and Mackenzie died of heart failure on 3 Feb 1892, at age 54. According to the obituary in the British Medical Journal, among the wreaths at his funeral was a magnificent one from the Empress Frederick of Germany.—Webmaster.]