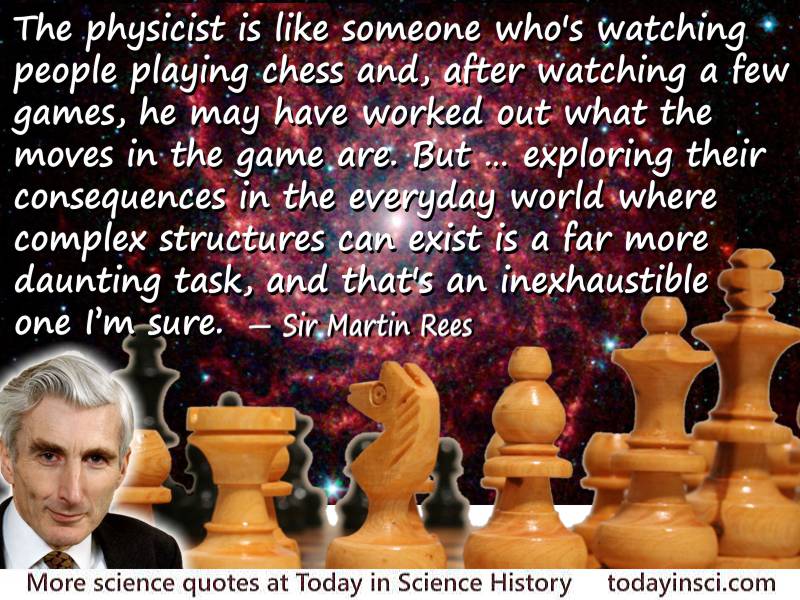 “The physicist is like someone who's watching people playing chess and, after watching a few games, he may have worked out what the moves in the game are.”
— Martin Rees
From BBC radio interview transcript published in A Passion For Science.

This quote by Martin Rees appears in a collection of editted transcripts from a series of programmes broadcast on BBC Radio 3, in which Lewis Wolpert interviewed scientists from diverse fields. Each spoke vividly on their personal view of science, why they became scientists, and the rewards they found in their research. In their conversations, each scientist described their scientific work in a way easily understandable for the general listener.

Martin Rees outlined the activities of a physicist thus:

The physicist is like someone who’s watching people playing chess and, after watching a few games, he may have worked out what the moves in the game are. But understanding the rules is just a trivial preliminary on the long route from being a novice to being a grand master. So even if we understand all the laws of physics, then exploring their consequences in the everyday world where complex structures can exist is a far more daunting task, and that’s an inexhaustible one I'm sure.