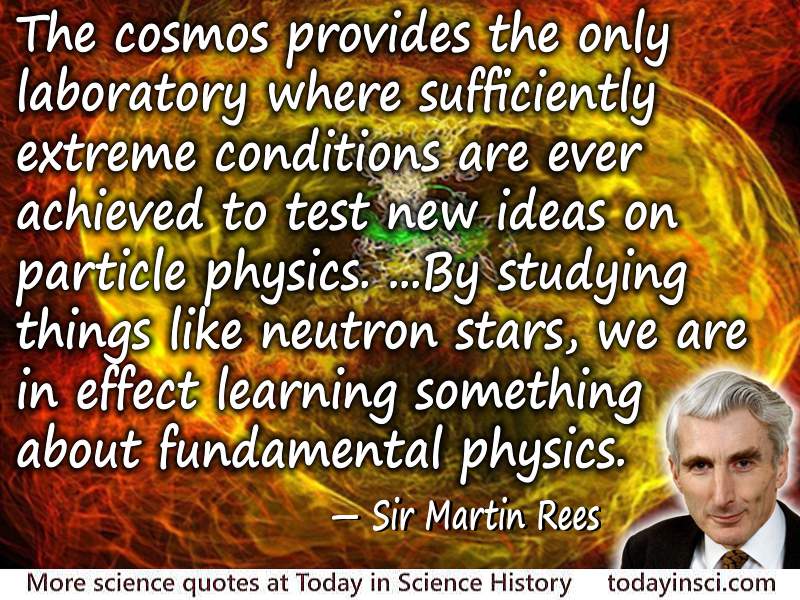 “The cosmos provides the only laboratory where sufficiently extreme conditions are ever achieved to test new ideas on particle physics.”
— Martin Rees
From BBC radio interview transcript published in A Passion For Science.

This quote by Martin Rees is as it appeared, in a possibly editted form, from the transcript of a program broadcast on BBC Radio 3. It was one of a series by Lewis Wolpert interviewing scientists from diverse fields. Each could speak vividly on their personal view of science, why they became scientists, and the rewards they found in their research. In their conversations, each scientist described their scientific work in a way easily understandable for the general listener.

It’s becoming clear that in a sense the cosmos provides the only laboratory where sufficiently extreme conditions are ever achieved to test new ideas on particle physics. The energies in the Big Bang were far higher than we can ever achieve on Earth. So by looking at evidence for the Big Bang, and by studying things like neutron stars, we are in effect learning something about fundamental physics.