Charles Edward Weller wrote the book The Early History of the Typewriter as the first user of the machine first made by Christopher Latham Sholes. The earliest letters Weller received from Mr. Sholes, those written between 1868 and 1870 were lost or destroyed, as the author at the time could not realize their value in after years in exhibiting the work of the first machine.

However, various changes as Sholes developed his machines are mentioned in the letters from Mr. Sholes sent to Weller between 1870 and 1873. Those fortunately were preserved and are shown below.

Weller describes these letters as “written in Mr. Sholes' free and easy style, as an older man would naturally write to a young friend.”

Much of the text in the following images is included on the web page The Early History of the Typewriter. 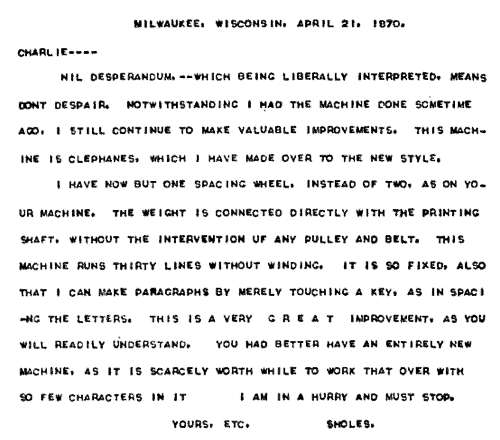 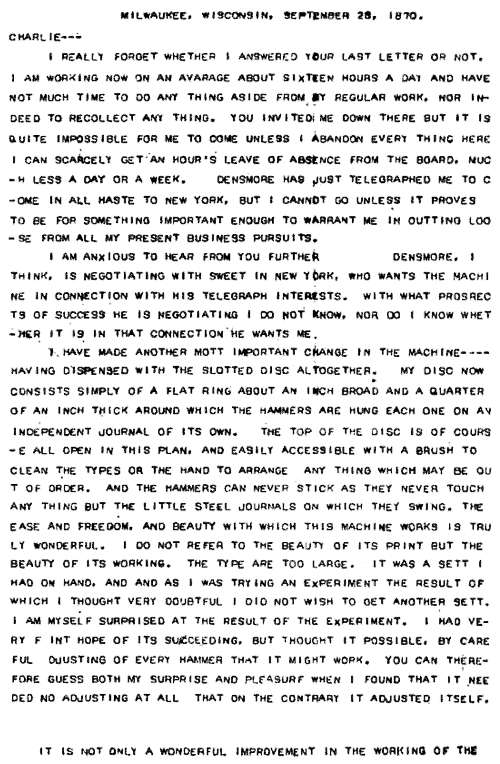 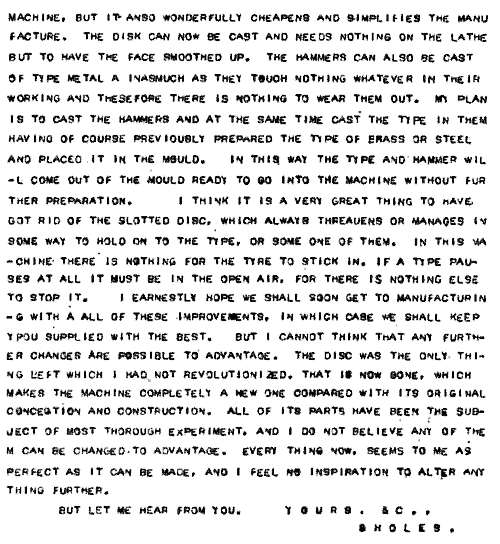 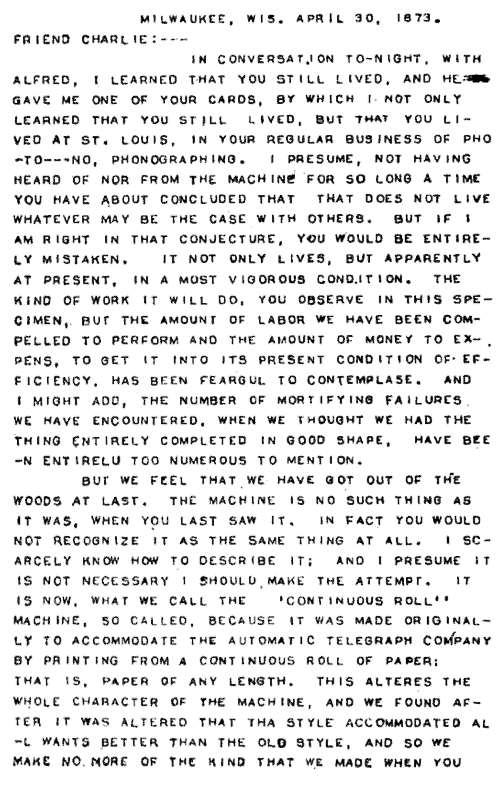 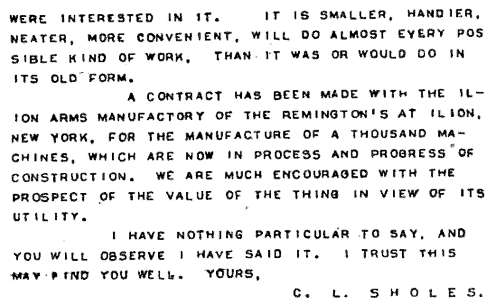 describing improvements he was developing.