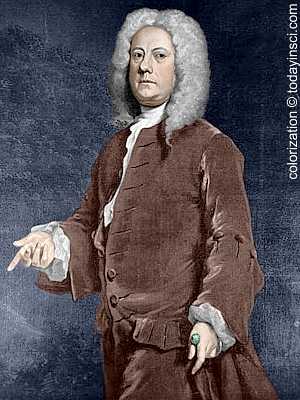 TULL, JETHRO, a gentleman of moderate fortune, who lived at the beginning of the last century, and zealously devoted a great part of his life to the improvement of agriculture. He possessed a small estate near Hungerford, on the borders of Oxfordshire and Berkshire, and has generally been considered as the father of the drill and horse-hoeing husbandry. Having observed the good effects of the cultivation of many plants in regular rows, and of frequently stirring the intervals between them, as has been done from time immemorial by gardeners, he attempted to introduce this system into the field, and invented many ingenious implements for diminishing the labour of hand-drilling and hoeing. The success which attended his first experiments, on a good, deep loam, confirmed his expectations, and led him to a theory, which was the cause of his ultimate ruin, and threw discredit on the whole system, which on other respects was founded on sound principles. Observing that, by means of assiduous cultivation and stirring of the soil around the roots of growing plants, he produced a greater luxuriance of growth than by common methods, without any addition of manure for several years, he concluded rashly that the earths very finely divided, together with moisture, constituted the whole of the food of plants, and that, consequently, stirring and pulverizing the soil was a complete substitute for manuring. Having fully established this erroneous principle in his own mind, he exerted all his ingenuity to effect the most pulverization of the soil. In the first place all the seeds were to be sown in rows at such a distance that a plough or other stirring-instrument drawn by a horse might conveniently be used in the intervals. From this circumstance his system was called the horse-hoeing husbandry. The immense advantage which would arise from the cultivation of waste lands in distant parts of the kingdom, if the increased labour of men and horses were a perfect substitute for manure, where it could not well be procured, made many clever men look upon Tull's system as a most wonderful discovery; and the first trials appeared to be so successful, that the new husbandry, as it was called, was strongly recommended for general adoption.

The great reluctance with which any new system is adopted by the mass of practical farmers prevented the new husbandry from becoming universal; and only some men of a theoretical turn fully adopted the notions of Jethro Tull. All those who persevered in the practice of it, neglecting to recruit their lands by a judicious addition of manure, found to their cost that, however good the crops they might have for a time, by continually stirring the soil, it became totally exhausted at last, so as to produce barrenness, which requires a long course of expensive manuring to remove, and was the cause of serious ultimate loss. Tull himself, who adhered to his principles to the last, like most original inventors, and expended large sums in experiments, and in the construction of a variety of new and ingenious implements, became so embarrassed that he lost all his property, and it is said, died in prison, where he had been put by some merciless creditor. (British Husbandry, 'Farmer's Series of the Library of Useful Knowledge,' published by the Society for the Diffusion of Useful Knowledge.) The unhappy fate of the author of the system, and the loss sustained by its principal abettors, threw such a discredit upon it that for a long time not even the most useful part of it was retained, Had Tull introduced the row culture, as it is practiced in Lombardy, from which he borrowed some of his principal operations, and joined judicious manuring with his horse-hoeing, he would have had the merit of orginating, in England, at least, the greatly improved system of drill-husbandry which has since been generally adopted wherever it can be conveniently executed; and the sowing of seeds broadcast would have long since been confined to artificial grasses, which, being intended for pasture, cannot grow too closely together. The cleaning of the soil from weeds, and the exposure of a great part of the surface to the influence of the atmosphere, would have entirely superseded fallows, and a proper application of manure would have kept up the fertility.

Tull published a treatise on his new mode of cultivation in 1731, in which his principles were explained and calculations made, founded on his early experiments of the immense profit which would accrue in the course of years by adopting his practice. Change of crop would no longer be necessary; rotations useless; the most profitable crops could be raised year after year without diminution and the soil be kept in a state of perpetual fertility. Such were the visions of a man of considerable abilities, led into error by his own sanguine imagination. Had the soil of Tull's farm been of a poor gravelly or sandy nature, he would soon have discovered his error by a few experiments; but working on a good deep loam, and continually keeping it stirred and pulverized, it required a much longer time to exhaust it; but at last it was completely exhausted, and the owner was ruined.

The fate of Tull and his system may be a warning to those who are fond of building ingenious theories on a few imperfect experiments, and a caution to wait till the facts are fully established before they draw practical conclusions from them.

Jethro Tull first published, in 1731, detached essays on his new mode of cultivation, which were afterwards, in 1751, collected into one volume, with copious notes by himself.

In 1822 the late Mr. Cobbett edited a new edition of Tull's works, with an introduction by himself, which like everything written by that perspicuous writer, is full of useful remarks. Cobbett fully appreciated the value of the practical part of Tull's system and strongly recommended it in his 'Cottage Economy.' He showed there, by reference to actual experiments in a garden, how greatly the stirring of the soil around the roots of growing plants assisted their growth, and the advantage of allowing a certain space to every plant to admit of this stirring. Tull had cultivated roots with great success according to his system; and as long as the organic matter in the soil was not exhausted, the success fully proved the correctness of his practice. The greatest obstacle which Tull had to contend with was the obstinacy of his labourers, who thought him quite mad when he ordered them to sow only two rows ten inches apart on a stitch of land four feet six inches wide, leaving forty-four inches between each double row for the working of the plough. He was forced to put his hand to the plough himself; and in this as well as in his other trials he was greatly assisted by the encouragement and actual help of Lord Ducie of Moreton, whose descendant, the earl of Ducie, is now one of the most zealous and active patrons of all improvements of tillage. Whatever may have been the errors of Tull in hastily adopting an erroneous theory, he has many excuses in the received opinions of his time. Van Helmont's experiment of the willow prepared the minds of scientific men for the theory that water alone was sufficient for all purposes of vegetation; and Tull seems to have supposed some papulum in the ultimate particles of earth, which with water furnishes all that the soil requires to produce active vegetation; and when we consider that by the most recent experiments it has been fully proved that four gases - oxygen, hydrogen, carbonic acid, and azote or nitrogen - with a very small proportion of earth, form the whole elements of vegetable and animal substances, it is not so great an error to suppose that air, water, and earth, which contain all these elements, may be sufficient for vegetable or animal increase. This was the whole error of Tull.

Image added (not in original article) using b/w image from source shown above, and colorized for this web page. Text from: George Long, The Penny Cyclopædia of the Society for the Diffusion of Useful Knowledge (1843), 344-345. (source)