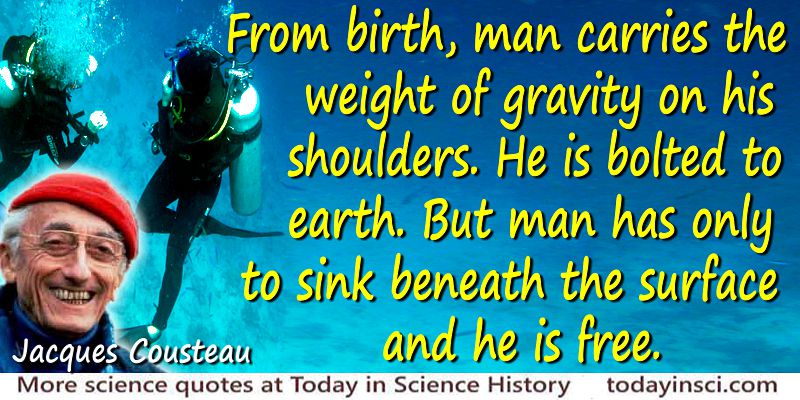 “From birth, man carries the weight of gravity on his shoulders. He is bolted to earth. But man has only to sink beneath the surface and he is free.”
— Jacques-Yves Cousteau
Quoted in Time (1960).

The article, titled “Poet of the Depths,” began with this quote:

“From birth, man carries the weight of gravity on his shoulders. He is bolted to earth. But man has only to sink beneath the surface and he is free. Buoyed by water, he can fly in any direction—up, down, sideways—by merely flipping his hand. Under water, man becomes an archangel.”