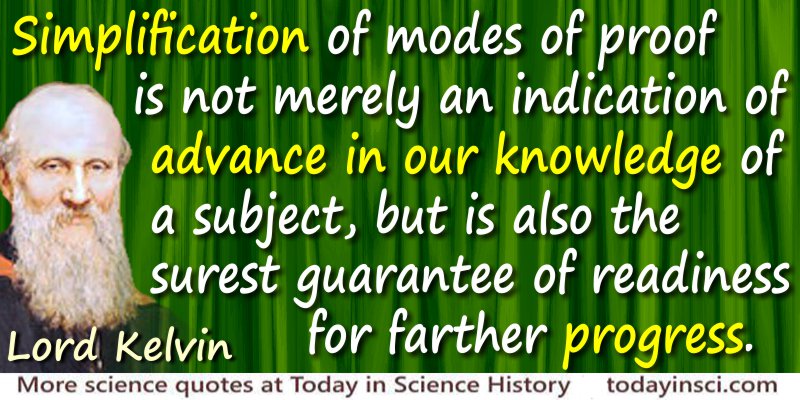 [[pic2]]“Simplification of modes of proof is not merely an indication of advance in our knowledge of a subject, but is also the surest guarantee of readiness for farther progress.”
— William Thomson Kelvin
In Elements of Natural Philosophy (1879).