CLAUDIO: Death is a fearful thing.
ISABELLA: And shamed life a hateful.
CLAUDIO: Ay, but to die, and go we know not where;
To lie in cold obstruction, and to rot;
This sensible warm motion to become
A kneaded clod; and the delighted spirit
To bathe in fiery floods, or to reside
In thrilling region of thick-ribbed ice;
To be imprisioned in the viewless winds,
And blown with restless violence round about
The pendant world; or to be worst than worst
Of those lawless and incertain thought
Imagine howling—'tis too horrible!
The weariest and most loathed worldly life
That age, ache, penury, and imprisionment
Can lay on nature is a paradise
To what we fear of death.

Formerly Milton's Paradise Lost had been my chief favourite, and in my excursions during the voyage of the Beagle, when I could take only a single small volume, I always chose Milton.

I am besotted with birds of paradise. Watching them display is the most extraordinary thing Ive ever seen in my life.

I was young then, and full of trigger-itch; I thought that because fewer wolves meant more deer, that no wolves would mean hunters paradise. I now suspect that just as a deer herd lives in mortal fear of its wolves, so does a mountain live in mortal fear of its deer. And perhaps with better cause, for while a buck pulled down by wolves can be replaced in two or three years, a range pulled down by too many deer may fail of replacement in as many decades.

In 1946 [we visited] a rock called Le Veyron, around which sea life swarmed  an undersea paradise. About thirty years later I returned  to the same depth, to the same caves, at the same time of year. The grotto was empty. Not one single fish lived among the rocks. The verdant gardens were gone.
When I saw Le Veyron, I believed that the seas most monstrous force doesnt live in Loch Ness. It lives in us.

In Jacques Cousteau and Susan Schiefelbein, The Human, the Orchid, and the Octopus: Exploring and Conserving Our Natural World (2007), 40-41.

No one shall expel us from the paradise which Cantor has created for us.
Expressing the importance of Cantor's set theory in the development of mathematics.

In George Edward Martin, The Foundations of Geometry and the Non-Euclidean Plane (1982), 33.

Our enmity to the serpent, which often exists together with a mythic and anthropomorphic belief in the serpents enmity to us, might be regarded as purely traditional, having its origin in the Scriptural narrative of mans disobedience and expulsion from Paradise.

Scientific truth is marvellous, but moral truth is divine; and whoever breathes its air and walks by its light has found the lost paradise.

The avocado is a food without rival among the fruits, the veritable fruit of paradise.

The fruit of the tree of knowledge, always drives man from some paradise or other.

The technologists claim that if everything works [in a nuclear fission reactor] according to their blueprints, fission energy will be a safe and very attractive solution to the energy needs of the world. ... The real issue is whether their blueprints will work in the real world and not only in a technological paradise....
Opponents of fission energy point out a number of differences between the real world and the technological paradise. ... No acts of God can be permitted.

'Energy and Environment', Bulletin of the Atomic Scientists (May 1972), 6. 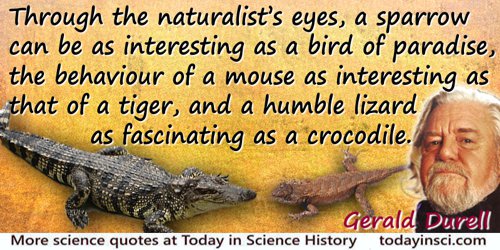 You cannot see the Grand Canyon in one view, as if it were a changeless spectacle from which a curtain might be lifted, but to see it you have to toil from month to month through its labyrinths. It is a region more difficult to traverse than the Alps or the Himalayas, but if strength and courage are sufficient for the task, by a years toil a concept of sublimity can be obtained never again to be equaled or the hither side of Paradise.

[1155] Mechanics are the Paradise of mathematical science, because here we come to the fruits of mathematics.