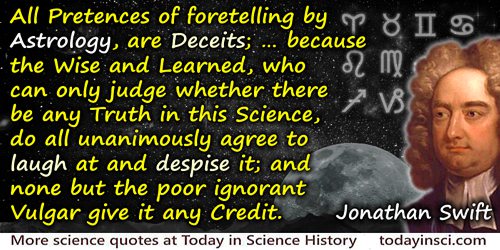 Educators may bring upon themselves unnecessary travail by taking a tactless and unjustifiable position about the relation between scientific and religious narratives.  The point is that profound but contradictory ideas may exist side by side, if they are constructed from different materials and methods and have different purposes. Each tells us something important about where we stand in the universe, and it is foolish to insist that they must despise each other.

I am not unmindful of the journalists quip that yesterdays paper wraps todays garbage. I am also not unmindful of the outrages visited upon our forests to publish redundant and incoherent collections of essays; for, like Dr. Seuss Lorax, I like to think that I speak for the trees. Beyond vanity, my only excuses for a collection of these essays lie in the observation that many people like (and as many people despise) them, and that they seem to cohere about a common themeDarwins evolutionary perspective as an antidote to our cosmic arrogance.

I despise people who depend on these things [heroin and cocaine]. If you really want a mind-altering experience, look at a tree.

I have spent some months in England, have seen an awful lot and learned little. England is not a land of science, there is only a widely practised dilettantism, the chemists are ashamed to call themselves chemists because the pharmacists, who are despised, have assumed this name.

It is curious to observe how differently these great men [Plato and Bacon] estimated the value of every kind of knowledge. Take Arithmetic for example. Plato, after speaking slightly of the convenience of being able to reckon and compute in the ordinary transactions of life, passes to what he considers as a far more important advantage. The study of the properties of numbers, he tells us, habituates the mind to the contemplation of pure truth, and raises us above the material universe. He would have his disciples apply themselves to this study, not that they may be able to buy or sell, not that they may qualify themselves to be shop-keepers or travelling merchants, but that they may learn to withdraw their minds from the ever-shifting spectacle of this visible and tangible world, and to fix them on the immutable essences of things.
Bacon, on the other hand, valued this branch of knowledge only on account of its uses with reference to that visible and tangible world which Plato so much despised. He speaks with scorn of the mystical arithmetic of the later Platonists, and laments the propensity of mankind to employ, on mere matters of curiosity, powers the whole exertion of which is required for purposes of solid advantage. He advises arithmeticians to leave these trifles, and employ themselves in framing convenient expressions which may be of use in physical researches.

Men despise religion; they hate it, and they fear it is true.

Science  has made its way into the works of our best poets, and even the mere man of letters who affects to ignore and despise science, is unconsciously impregnated with her spirit and indebted for his best products to her methods.

Scientists are entitled to be proud of their accomplishments, and what accomplishments can they call theirs except the things they have done or thought of first? People who criticize scientists for wanting to enjoy the satisfaction of intellectual ownership are confusing possessiveness with pride of possession. Meanness, secretiveness and, sharp practice are as much despised by scientists as by other decent people in the world of ordinary everyday affairs; nor, in my experience, is generosity less common among them, or less highly esteemed.

The advantage of a classical education is that it enables you to despise the wealth which it prevents you from achieving.

The fear of the Lord is the beginning of knowledge: but fools despise wisdom and instruction.

This topic brings me to that worst outcrop of the herd nature, the military system, which I abhor. That a man can take pleasure in marching in formation to the strains of a band is enough to make me despise him. He has only been given his big brain by mistake; a backbone was all he needed. This plague-spot of civilisation ought to be abolished with all possible speed. Heroism by order, senseless violence, and all the pestilent nonsense that goes by the name of patriotismhow I hate them! War seems to me a mean, contemptible thing: I would rather be hacked in pieces than take part in such an abominable business.

Whoever despises the high wisdom of mathematics nourishes himself on delusion.

As quoted, without citation, in Nicholas J. Rose, Mathematical Maxims and Minims (1988).