Die Welt der chemischen Vorgänge gleicht einer Bühne, auf welcher sich in unablässiger Aufeinanderfolge Scene um Scene abspielt. Die handelnden Personen auf ihr sind die Elemente.
The world of chemical reactions is like a stage, on which scene after scene is ceaselessly played. The actors on it are the elements.

A catalyst is a substance which alters the velocity of a chemical reaction without appearing in the final products.

An honest man, armed with all the knowledge available to us now, could only state that in some sense, the origin of life appears at the moment to be almost a miracle, so many are the conditions which would have had to have been satisfied to get it going. But this should not be taken to imply that there are good reasons to believe that it could not have started on the earth by a perfectly reasonable sequence of fairly ordinary chemical reactions. The plain fact is that the time available was too long, the many microenvironments on the earth's surface too diverse, the various chemical possibilities too numerous and our own knowledge and imagination too feeble to allow us to be able to unravel exactly how it might or might not have happened such a long time ago, especially as we have no experimental evidence from that era to check our ideas against.

Chemistry is the study of material transformations. Yet a knowledge of the rate, or time dependence, of chemical change is of critical importance for the successful synthesis of new materials and for the utilization of the energy generated by a reaction. During the past century it has become clear that all macroscopic chemical processes consist of many elementary chemical reactions that are themselves simply a series of encounters between atomic or molecular species. In order to understand the time dependence of chemical reactions, chemical kineticists have traditionally focused on sorting out all of the elementary chemical reactions involved in a macroscopic chemical process and determining their respective rates. 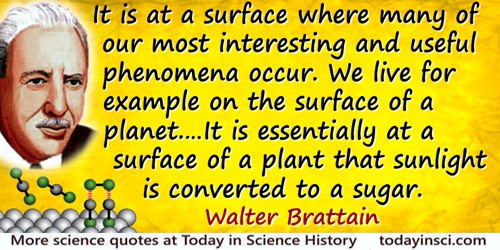 Since it is proposed to regard chemical reactions as electrical transactions in which reagents act by reason of a constitutional affinity either for electrons or for atomic nuclei, it is important to be able to recognize which type of reactivity any given reagent exhibits.

So many of the chemical reactions occurring in living systems have been shown to be catalytic processes occurring isothermally on the surface of specific proteins, referred to as enzymes, that it seems fairly safe to assume that all are of this nature and that the proteins are the necessary basis for carrying out the processes that we call life.

The cell, too, has a geography, and its reactions occur in colloidal apparatus, of which the form, and the catalytic activity of its manifold surfaces, must efficiently contribute to the due guidance of chemical reactions.

The chemists who uphold dualism are far from being agreed among themselves; nevertheless, all of them in maintaining their opinion, rely upon the phenomena of chemical reactions. For a long time the uncertainty of this method has been pointed out: it has been shown repeatedly, that the atoms put into movement during a reaction take at that time a new arrangement, and that it is impossible to deduce the old arrangement from the new one. It is as if, in the middle of a game of chess, after the disarrangement of all the pieces, one of the players should wish, from the inspection of the new place occupied by each piece, to determine that which it originally occupied.

Their specific effect on the glucosides might thus be explained by assuming that the intimate contact between the molecules necessary for the release of the chemical reaction is possible only with similar geometrical configurations. To give an illustration I will say that enzyme and glucoside must fit together like lock and key in order to be able to exercise a chemical action on each other. This concept has undoubtedly gained in probability and value for stereochemical research, after the phenomenon itself was transferred from the biological to the purely chemical field. It is an extension of the theory of asymmetry without being a direct consequence of it: for the conviction that the geometrical structure of the molecule even for optical isomers exercises such a great influence on the chemical affinities, in my opinion could only be gained by new actual observations. 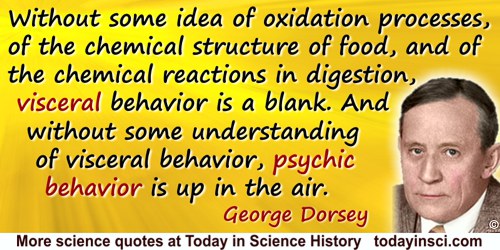