As for a future life, every man must judge for himself between conflicting vague probabilities.

In The Life and Letters of Charles Darwin edited by Sir Francis Darwin (1887).

But, as Bacon has well pointed out, truth is more likely to come out of error, if this is clear and definite, than out of confusion, and my experience teaches me that it is better to hold a well-understood and intelligible opinion, even if it should turn out to be wrong, than to be content with a muddle-headed mixture of conflicting views, sometimes miscalled impartiality, and often no better than no opinion at all.

By no amount of reasoning can we altogether eliminate all contingency from our world. Moreover, pure speculation alone will not enable us to get a determinate picture of the existing world. We must eliminate some of the conflicting possibilities, and this can be brought about only by experiment and observation. 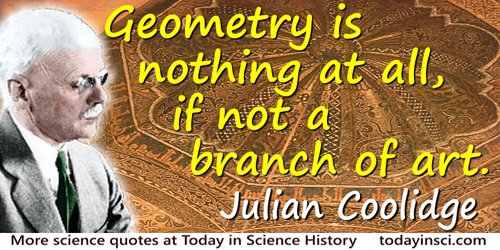 If we knew all the laws of Nature, we should need only one fact or the description of one actual phenomenon to infer all the particular results at that point. Now we know only a few laws, and our result is vitiated, not, of course, by any confusion or irregularity in Nature, but by our ignorance of essential elements in the calculation. Our notions of law and harmony are commonly confined to those instances which we detect, but the harmony which results from a far greater number of seemingly conflicting, but really concurring, laws which we have not detected, is still more wonderful. The particular laws are as our points of view, as to the traveler, a mountain outline varies with every step, and it has an infinite number of profiles, though absolutely but one form. Even when cleft or bored through, it is not comprehended in its entireness.

It seems to me what is called for is an exquisite balance between two conflicting needs: the most skeptical scrutiny of all hypotheses that are served up to us and at the same time a great openness to new ideas  If you are only skeptical, then no new ideas make it through to you  On the other hand, if you are open to the point of gullibility and have not an ounce of skeptical sense in you, then you cannot distinguish the useful ideas from the worthless ones.

Owing to his lack of knowledge, the ordinary man cannot attempt to resolve conflicting theories of conflicting advice into a single organized structure. He is likely to assume the information available to him is on the order of what we might think of as a few pieces of an enormous jigsaw puzzle. If a given piece fails to fit, it is not because it is fraudulent; more likely the contradictions and inconsistencies within his information are due to his lack of understanding and to the fact that he possesses only a few pieces of the puzzle. Differing statements about the nature of things, differing medical philosophies, different diagnoses and treatmentsall of these are to be collected eagerly and be made a part of the individual's collection of puzzle pieces. Ultimately, after many lifetimes, the pieces will fit together and the individual will attain clear and certain knowledge.

Scientists are supposed to make predictions, probably to prove they are human and can be as mistaken as anyone else. Long-range predictions are better to make because the audience to whom the prediction was made is no longer around to ask questions. The alternative... is to make conflicting predictions, so that one prediction may prove right.

'FossilsThe How and Why of Collecting and Storing', Proceedings of the Biological Society of Washington (1969), 82, 597.

Since the stomach gives no obvious external sign of its workings, investigators of gastric movements have hitherto been obliged to confine their studies to pathological subjects or to animals subjected to serious operative interference. Observations made under these necessarily abnormal conditions have yielded a literature which is full of conflicting statements and uncertain results. The only sure conclusion to be drawn from this material is that when the stomach receives food, obscure peristaltic contractions are set going, which in some way churn the food to a liquid chyme and force it into the intestines. How imperfectly this describes the real workings of the stomach will appear from the following account of the actions of the organ studied by a new method. The mixing of a small quantity of subnitrate of bismuth with the food allows not only the contractions of the gastric wall, but also the movements of the gastric contents to be seen with the Röntgen rays in the uninjured animal during normal digestion.

The complexity of the world is the outcome of huge numbers of sometimes conflicting simple events.

The so-called science of psychology is now in chaos, with no sign that order is soon to be restored. It is hard to find two of its professors who agree, and when the phenomenon is encountered it usually turns out that one of them is not a psychologist at all, but simply a teacher of psychology.  Not even anthropology offers a larger assortment of conflicting theories, or a more gaudy band of steaming and blood-sweating professors.

[Theory is] an explanation that has been confirmed to such a degree, by observation and experiment, that knowledgeable experts accept it as fact. That's what scientists mean when they talk about a theory: not a dreamy and unreliable speculation, but an explanatory statement that fits the evidence. They embrace such an explanation confidently but provisionally - taking it as their best available view of reality, at least unil some severely conflicting data or some better explanation might come along."