An apple falls in front of Newton, a pot boils before Papin, a flaming sheet of paper floats before the eyes of Montgolfier. At intervals a discovery bursts forth like a mine explosion in the deeps of science, and a whole ledge of prejudice crumbles, and the living rock of truth is suddenly laid bare.

Have you ever observed a humming-bird moving about in an aerial dance among the flowersa living prismatic gem that changes its colour with every change of position  its exquisite form, its changeful splendour, its swift motions and intervals of aërial suspension, it is a creature of such fairy-like loveliness as to mock all description.

In Green Mansions: A Romance of the Tropical Forest (1916),

I hope you enjoy the absence of pupils  the total oblivion of them for definite intervals is a necessary condition for doing them justice at the proper time.

If you enquire about him [J.J. Sylvester], you will hear his genius universally recognized but his power of teaching will probably be said to be quite deficient. Now there is no man living who is more luminary in his language, to those who have the capacity to comprehend him than Sylvester, provided the hearer is in a lucid interval. But as the barn yard fowl cannot understand the flight of the eagle, so it is the eaglet only who will be nourished by his instruction.

In long intervals I have expressed an opinion on public issues whenever they appeared to be so bad and unfortunate that silence would have made me feel guilty of complicity. 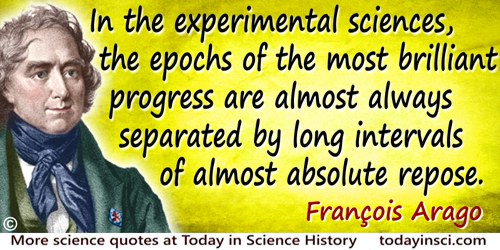 In the experimental sciences, the epochs of the most brilliant progress are almost always separated by long intervals of almost absolute repose.

It is the individual only who is timeless. Societies, cultures, and civilizations - past and present - are often incomprehensible to outsiders, but the individuals hunger, anxieties, dreams, and preoccupations have remained unchanged through the millennia. Thus, we are up against the paradox that the individual who is more complex, unpredictable, and mysterious than any communal entity is the one nearest to our understanding; so near that even the interval of millennia cannot weaken our feeling of kinshiIf in some manner the voice of an individual reaches us from the remotest distance of time, it is a timeless voice speaking about ourselves.

Remember this, the rule for giving an extempore lecture islet the the mind rest from the subject entirely for an interval preceding the lecture, after the notes are prepared; the thoughts will ferment without your knowing it, and enter into new combinations; but if you keep the mind active upon the subject up to the moment, the subject will not ferment but stupefy.

Saturated with that speculative spirit then pervading the Greek mind, he [Pythagoras] endeavoured to discover some principle of homogeneity in the universe. Before him, the philosophers of the Ionic school had sought it in the matter of things; Pythagoras looked for it in the structure of things. He observed the various numerical relations or analogies between numbers and the phenomena of the universe. Being convinced that it was in numbers and their relations that he was to find the foundation to true philosophy, he proceeded to trace the origin of all things to numbers. Thus he observed that musical strings of equal lengths stretched by weights having the proportion of 1/2, 2/3, 3/4, produced intervals which were an octave, a fifth and a fourth. Harmony, therefore, depends on musical proportion; it is nothing but a mysterious numerical relation. Where harmony is, there are numbers. Hence the order and beauty of the universe have their origin in numbers. There are seven intervals in the musical scale, and also seven planets crossing the heavens. The same numerical relations which underlie the former must underlie the latter. But where number is, there is harmony. Hence his spiritual ear discerned in the planetary motions a wonderful Harmony of spheres.

The noble science of Geology loses glory from the extreme imperfection of the record. The crust of the earth with its embedded remains must not be looked at as a well-filled museum, but as a poor collection made at hazard and at rare intervals.

From On the Origin of Species by Means of Natural Selection; or, The Preservation of Favoured Races in the Struggle for Life (1861), 423.

What clearer evidence could we have had of the different formation of these rocks, and of the long interval which separated their formation, had we actually seen them emerging from the bosom of the deep?  The mind seemed to grow giddy by looking so far into the abyss of time.

When the interval between the intellectual classes and the practical classes is too great, the former will possess no influence, the latter will reap no benefit.