Animals generally seem naturally disposed to  intercourse at about the same period of the year, and that is when winter is changing into summer. In the human species, the male experiences more under sexual excitement in winter, and the female in summer.

Courtship, properly understood, is the process whereby both the male and the female are brought into that state of sexual tumescence which is a more or less necessary condition for sexual intercourse. The play of courtship cannot, therefore, be considered to be definitely brought to an end by the ceremony of marriage; it may more properly be regarded as the natural preliminary to every act of coitus.

Few males achieve any real freedom in their sexual relations even with their wives. Few males realise how badly inhibited they are on these matters.

From the sexual, or amatorial, generation of plants new varieties, or improvements, are frequently obtained; as many of the young plants from seeds are dissimilar to the parent, and some of them superior to the parent in the qualities we wish to possess... Sexual reproduction is the chef d'oeuvre, the master-piece of nature.

I can still recall vividly how Freud said to me, My dear Jung, promise me never to abandon the sexual theory. That is the most essential thing of all. You see, we must make a dogma of it, an unshakable bulwark  In some astonishment I asked him, A bulwark-against what? To which he replied, Against the black tide of mudand here he hesitated for a moment, then addedof occultism.

Imagine Aristotle revivified and visiting Manhattan. Nothing in our social, political, economic, artistic, sexual or religious life would mystify him, but he would be staggered by our technology. Its productsskyscrapers, cars, airplanes, television, pocket calculatorswould have been impossible without calculus.

It may very properly be asked whether the attempt to define distinct species, of a more or less permanent nature, such as we are accustomed to deal with amongst the higher plants and animals, is not altogether illusory amongst such lowly organised forms of life as the bacteria. No biologist nowadays believes in the absolute fixity of species  but there are two circumstances which here render the problem of specificity even more difficult of solution. The bacteriologist is deprived of the test of mutual fertility or sterility, so valuable in determining specific limits amongst organisms in which sexual reproduction prevails. Further, the extreme rapidity with which generation succeeds generation amongst bacteria offers to the forces of variation and natural selection a field for their operation wholly unparalleled amongst higher forms of life.

No one who has seen a baby sinking back satiated from the breast and falling asleep with flushed cheeks and a blissful smile can escape the reflection that this picture persists as a prototype of the expression of sexual satisfaction in later life.

Sexual instinctas emotion, idea, and impulseis a function of the cerebral cortex. Thus far no definite region of the cortex has been proved to be exclusively the seat of sexual sensations and impulses.

So-called psychoanalysis is the occupation of lustful rationalists who trace everything in the world to sexual causeswith the exception of their occupation.

The excremental is all too intimately and inseparably bound up with the sexual; the position of the genitalsinter urinas et faecesremains the decisive and unchangeable factor. One might say here, varying a well-known saying of the great Napoleon: 'Anatomy is destiny'.

On the Universal Tendency to Debasement in the Sphere of Love (Contributions to the Psychology of Love) (1912), In James Strachey (ed.), The Standard Edition of the Complete Psychological Works of Sigmund Freud (1957), Vol 11, 189.

The male's difficulties in his sexual relations after marriage include a lack of facility, of ease, or of suavity in establishing rapport in a sexual situation.

The modesty of women, which, in its most primitive form among animals, is based on sexual periodicity, is, with that periodicity, an essential condition of courtship.

The symptoms of neurosis, as we have learnt, are essentially substitute gratifications for unfulfilled sexual wishes.

The weakness of men in comparison with women lies in the great intensity of their sexual desires. Man becomes dependent upon woman, and the more, the weaker and more sensual he becomes; and this just in proportion as he becomes neuropathic.

Too early and perverse sexual satisfaction injures not merely the mind, but also the body; inasmuch as it induces neuroses of the sexual apparatus (irritable weakness of the centres governing erection and ejaculation; defective pleasurable feeling in coitus), while, at the same time, it maintains the imagination and libido in continuous excitement. 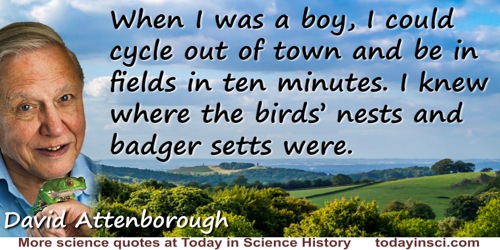 When I was a boy, I could cycle out of town and be in fields in ten minutes. I knew where the birds nests and badger setts were. Now childrens mothers would tell them they need someone to go with them, to make sure they werent molested by a sexual deviant.

While up to this time contrary sexual instinct has had but an anthropological, clinical, and forensic interest for science, now, as a result of the latest investigations, there is some thought of therapy in this incurable condition, which so heavily burdens its victims, socially, morally, and mentally. A preparatory step for the application of therapeutic measures is the exact differentiation of the acquired from the congenital cases; and among the latter again, the assignment of the concrete case to its proper position in the categories that have been established empirically.

however useful the words may have been in the past, they have now become handicaps to the further development of knowledge. Words like botany and zoology imply that plants and animals are quite different things.  But the differences rapidly become blurred when we start looking at the world through a microscope.  The similarities between plants and animals became more important than their differences with the discoveries that both were built up of cells, had sexual reproduction, nutrition and respiration  and with the development of evolutionary theory.

Auto erotism,  spontaneous solitary sexual phenomena of which genital excitement during sleep may be said to be the type.