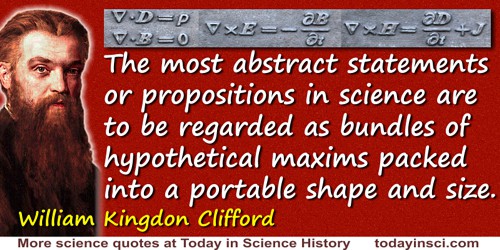 For the saving the long progression of the thoughts to remote and first principles in every case, the mind should provide itself several stages; that is to say, intermediate principles, which it might have recourse to in the examining those positions that come in its way. These, though they are not self-evident principles, yet, if they have been made out from them by a wary and unquestionable deduction, may be depended on as certain and infallible truths, and serve as unquestionable truths to prove other points depending upon them, by a nearer and shorter view than remote and general maxims.  And thus mathematicians do, who do not in every new problem run it back to the first axioms through all the whole train of intermediate propositions. Certain theorems that they have settled to themselves upon sure demonstration, serve to resolve to them multitudes of propositions which depend on them, and are as firmly made out from thence as if the mind went afresh over every link of the whole chain that tie them to first self-evident principles.

In The Conduct of the Understanding, Sect. 21.

It has been a Maxim with me for Sixty years at least, Never to be afraid of a Book.

Nothing is accomplished all at once, and it is one of my great maxims, and one of the most completely verified, that Nature makes no leaps: a maxim which I have called the law of continuity.
[Referring to the gradual nature of all change from an initial state, through a continuous series of intermediate stages, to a final state.]

Our commercial and mercantile law was no sudden invention. It was not the work of a day, or of one set of minds In the incipient, the early existence of this system, a single maxim obtained force, others succeeded; one rule of right formed a nucleus around which other kindred rules might cling; the necessities of trade originated customs, customs ripened into law; a few feeble decisions of courts laid the foundation for others; the wisdom and experience of each succeeding generation improved upon the wisdom and experience of generations that were past; and thus the edifice arose, perfect in its parts, beautiful in its proportions.

Sciences distinguished have a dependence upon universal knowledge, to be augmented, and rectified by the superior light thereof; as well as the parts and members of a science have upon the maxims of the same science, and the mutual light and consent which one part receiveth of another.

The maxim of science is simply that of common sensesimple cases first; begin with seeing how the main force acts when there is as little as possible to impede it, and when you thoroughly comprehend that, add to it in succession the separate effects of each of the incumbering and interfering agencies.

The most abstract statements or propositions in science are to be regarded as bundles of hypothetical maxims packed into a portable shape and size. Every scientific fact is a short-hand expression for a vast number of practical directions: if you want so-and-so, do so-and-so.

In 'On The Scientific Basis of Morals', Contemporary Review (Sep 1875), collected in Leslie Stephen and Frederick Pollock (eds.), Lectures and Essays: By the Late William Kingdon Clifford, F.R.S. (1886), 289.

The way of pure research is opposed to all the copy-book maxims concerning the virtues of industry and a fixed purpose, and the evils of guessing, but it is damned useful when it comes off. It is the diametrical opposite of Edisons reputed method of trying every conceivable expedient until he hit the right one. It requires, not diligence, but experience, information, and a good nose for the essence of a problem.

They assembled together and dedicated these as the first-fruits of their love to Apollo in his Delphic temple, inscribing there those maxims which are on every tongue- know thyself and Nothing overmuch.

To remember simplified pictures is better than to forget accurate figures.

With the growth of knowledge our ideas must from time to time be organised afresh. The change takes place usually in accordance with new maxims as they arise, but it always remains provisional.

[Science] dissipates errors born of ignorance about our true relations with nature, errors the more damaging in that the social order should rest only on those relations. TRUTH! JUSTICE! Those are the immutable laws. Let us banish the dangerous maxim that it is sometimes useful to depart from them and to deceive or enslave mankind to assure its happiness.

Divide et impera is as true in algebra as in statecraft; but no less true and even more fertile is the maxim auge et impera.The more to do or to prove, the easier the doing or the proof.

In 'Proof of the Fundamental Theorem of Invariants', Philosophic Magazine (1878), 186. In Collected Mathematical Papers, 3, 126. [The Latin phrases, Divide/auge et impera translate as Divide/increase and rule.

Heaven helps those who help themselves is a well-tried maxim, embodying in a small compass the results of vast human experience. The spirit of self-help is the root of all genuine growth in the individual; and, exhibited in the lives of many, it constitutes the true source of national vigour and strength. Help from without is often enfeebling in its effects, but help from within invariably invigorates. Whatever is done for men or classes, to a certain extent takes away the stimulus and necessity of doing for themselves; and where men are subjected to over-guidance and over-government, the inevitable tendency is to render them comparatively helpless.