A famous name has this peculiarity that it becomes gradually smaller especially in natural sciences where each succeeding discovery invariably overshadows what precedes. 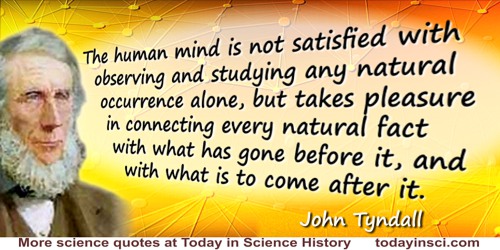 I am very sorry, Pyrophilus, that to the many (elsewhere enumerated) difficulties which you may meet with, and must therefore surmount, in the serious and effectual prosecution of experimental philosophy I must add one discouragement more, which will perhaps is much surprise as dishearten you; and it is, that besides that you will find (as we elsewhere mention) many of the experiments published by authors, or related to you by the persons you converse with, false and unsuccessful (besides this, I say), you will meet with several observations and experiments which, though communicated for true by candid authors or undistrusted eye-witnesses, or perhaps recommended by your own experience, may, upon further trial, disappoint your expectation, either not at all succeeding constantly, or at least varying much from what you expected.

Opening paragraph of The First Essay Concerning the Unsuccessfulness of Experiments (1673), collected in The Works of the Honourable Robert Boyle in Six Volumes to Which is Prefixed the Life of the Author (1772), Vol. 1, 318-319.

I was suffering from a sharp attack of intermittent fever, and every day during the cold and succeeding hot fits had to lie down for several hours, during which time I had nothing to do but to think over any subjects then particularly interesting me. One day something brought to my recollection Malthus's 'Principles of Population', which I had read about twelve years before. I thought of his clear exposition of 'the positive checks to increase'disease, accidents, war, and faminewhich keep down the population of savage races to so much lower an average than that of more civilized peoples. It then occurred to me that these causes or their equivalents are continually acting in the case of animals also; and as animals usually breed much more rapidly than does mankind, the destruction every year from these causes must be enormous in order to keep down the numbers of each species, since they evidently do not increase regularly from year to year, as otherwise the world would long ago have been densely crowded with those that breed most quickly. Vaguely thinking over the enormous and constant destruction which this implied, it occurred to me to ask the question, Why do some die and some live? The answer was clearly, that on the whole the best fitted live. From the effects of disease the most healthy escaped; from enemies, the strongest, swiftest, or the most cunning; from famine, the best hunters or those with the best digestion; and so on. Then it suddenly flashed upon me that this self-acting process would necessarily improve the race, because in every generation the inferior would inevitably be killed off and the superior would remainthat is, the fittest would survive.
[The phrase 'survival of the fittest,' suggested by the writings of Thomas Robert Malthus, was expressed in those words by Herbert Spencer in 1865. Wallace saw the term in correspondence from Charles Darwin the following year, 1866. However, Wallace did not publish anything on his use of the expression until very much later, and his recollection is likely flawed.]

Only a few years ago, it was generally supposed that by crossing two somewhat different species or varieties a mongrel might be produced which might, or more likely might not, surpass its parents. The fact that crossing was only the first step and that selection from the numerous variations secured in the second and a few succeeding generations was the real work of new plant creation had never been appreciated; and to-day its significance is not fully understood either by breeders or even by many scientific investigators along these very lines.

Our commercial and mercantile law was no sudden invention. It was not the work of a day, or of one set of minds In the incipient, the early existence of this system, a single maxim obtained force, others succeeded; one rule of right formed a nucleus around which other kindred rules might cling; the necessities of trade originated customs, customs ripened into law; a few feeble decisions of courts laid the foundation for others; the wisdom and experience of each succeeding generation improved upon the wisdom and experience of generations that were past; and thus the edifice arose, perfect in its parts, beautiful in its proportions.

Sir,—The Planet [Neptune] whose position you marked out actually exists. On the day on which your letter reached me, I found a star of the eighth magnitude, which was not recorded in the excellent map designed by Dr. Bremiker, containing the twenty-first hour of the collection published by the Royal Academy of Berlin. The observation of the succeeding day showed it to be the Planet of which we were in quest.

Letter, from Berlin (25 Sep 1846). In John Pringle Nichol, The Planet Neptune: An Exposition and History (1848), 89. Galle thus confirmed the existence of the planet Neptune, found at the position predicted in a letter he had just received from Urbain Le Verrier.

The Greeks in the first vigour of their pursuit of mathematical truth, at the time of Plato and soon after, had by no means confined themselves to those propositions which had a visible bearing on the phenomena of nature; but had followed out many beautiful trains of research concerning various kinds of figures, for the sake of their beauty alone; as for instance in their doctrine of Conic Sections, of which curves they had discovered all the principal properties. But it is curious to remark, that these investigations, thus pursued at first as mere matters of curiosity and intellectual gratification, were destined, two thousand years later, to play a very important part in establishing that system of celestial motions which succeeded the Platonic scheme of cycles and epicycles. If the properties of conic sections had not been demonstrated by the Greeks and thus rendered familiar to the mathematicians of succeeding ages, Kepler would probably not have been able to discover those laws respecting the orbits and motions of planets which were the occasion of the greatest revolution that ever happened in the history of science. 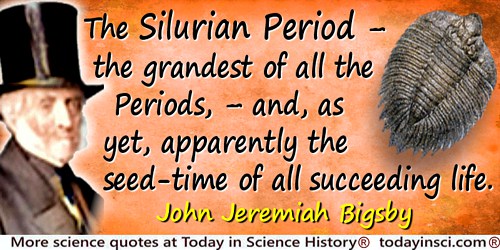 The Silurian Periodthe grandest of all the Periods,and, as yet, apparently the seed-time of all succeeding life.

There is something sublime in the secrecy in which the really great deeds of the mathematician are done. No popular applause follows the act; neither contemporary nor succeeding generations of the people understand it. The geometer must be tried by his peers, and those who truly deserve the title of geometer or analyst have usually been unable to find so many as twelve living peers to form a jury. Archimedes so far outstripped his competitors in the race, that more than a thousand years elapsed before any man appeared, able to sit in judgment on his work, and to say how far he had really gone. And in judging of those men whose names are worthy of being mentioned in connection with his,Galileo, Descartes, Leibnitz, Newton, and the mathematicians created by Leibnitz and Newtons calculus,we are forced to depend upon their testimony of one another. They are too far above our reach for us to judge of them.

[A plant] does not change itself gradually, but remains unaffected during all succeeding generations. It only throws off new forms, which are sharply contrasted with the parent, and which are from the very beginning as perfect and as constant, as narrowly defined, and as pure of type as might be expected of any species.