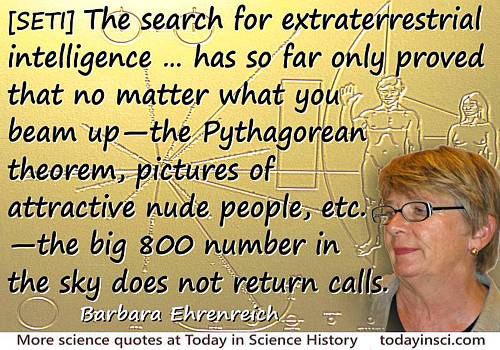 I think it would be a very rash presumption to think that nowhere else in the cosmos has nature repeated the strange experiment which she has performed on earththat the whole purpose of creation has been staked on this one planet alone. It is probable that dotted through the cosmos there are other suns which provide the energy for life to attendant planets. It is apparent, however, that planets with just the right conditions of temperature, oxygen, water and atmosphere necessary for life are found rarely.
But uncommon as a habitable planet may be, non-terrestrial life exists, has existed and will continue to exist. In the absence of information, we can only surmise that the chance that it surpasses our own is as good as that it falls below our level.

As quoted by H. Gordon Garbedian in 'Ten Great Riddles That Call For Solution by Scientists', New York Times (5 Oct 1930), XX4. Garbedian gave no citation to a source for Shapleys words. However, part of this quote is very similar to that of Sir Arthur Eddington: It would indeed be rash to assume that nowhere else has Nature repeated the strange experiment which she has performed on the earth, from 'Mans Place in the Universe', Harpers Magazine (Oct 1928), 157 573.

If there is life elsewhere in the universe, chemically speaking, it would be very similar to what we have on earth.

If we ever establish contact with intelligent aliens living on a planet around a distant star  They would be made of similar atoms to us. They could trace their origins back to the big bang 13.7 billion years ago, and they would share with us the universe's future. However, the surest common culture would be mathematics.

In our time this search [for extraterrestrial life] will eventually change our laws, our religions, our philosophies, our arts, our recreations, as well as our sciences. Space, the mirror, waits for life to come look for itself there.

It is unnatural in a large field to have only one shaft of wheat, and in the infinite Universe only one living world.

Attributed. Variations of the idea are also seen. Webmaster has been unable to find and check a primary source. See 'Hunting the Wild Quote' at www.roger-pearse.com/weblog/?p=3894.

Life is not a miracle. It is a natural phenomenon, and can be expected to appear whenever there is a planet whose conditions duplicate those of the earth.
[Stating his belief that planets supporting life cannot be rare.]

The key to SETI is to guess the type of communication that an alien society would use. The best guesses so far have been that they would use radio waves, and that they would choose a frequency based on 'universal' knowledgefor instance, the 1420 MHz hydrogen frequency. But these are assumptions formulated by the human brain. Who knows what sort of logic a superadvanced nonhuman life form might use? ... Just 150 years ago, an eyeblink in history, radio waves themselves were inconceivable, and we were thinking of lighting fires to signal the Martians.

Quoted on PBS web page related to Nova TV program episode on 'Origins: Do Aliens Exist in the Milky Way'.

The search for extraterrestrial intelligence (SETI, to us insiders) has so far only proved that no matter what you beam upthe Pythagorean theorem, pictures of attractive nude people, etc.the big 800 number in the sky does not return calls.

The search [for extra-terrestrial life] is a failure until that moment when it suddenly becomes a success.

There is a point of view among astronomical researchers that is generally referred to as the Principle of Mediocrity. ... If the Sun and its retinue of worlds is only one system among many, then many other systems will be like ours: home to life. Indeed, to the extent that this is true, we should be prepared for the possibility that, even in the Milky Way galaxy, billions of planets may be carpeted by the dirty, nasty business known as life.

There is another approach to the extraterrestrial hypothesis of UFO origins. This assessment depends on a large number of factors about which we know little, and a few about which we know literally nothing. I want to make some crude numerical estimate of the probability that we are frequently visited by extraterrestrial beings.
Now, there is a range of hypotheses that can be examined in such a way. Let me give a simple example: Consider the Santa Claus hypothesis, which maintains that, in a period of eight hours or so on December 24-25 of each year, an outsized elf visits one hundred million homes in the United States. This is an interesting and widely discussed hypothesis. Some strong emotions ride on it, and it is argued that at least it does no harm.
We can do some calculations. Suppose that the elf in question spends one second per house. This isn't quite the usual pictureHo, Ho, Ho, and so onbut imagine that he is terribly efficient and very speedy; that would explain why nobody ever sees him very much-only one second per house, after all. With a hundred million houses he has to spend three years just filling stockings. I have assumed he spends no time at all in going from house to house. Even with relativistic reindeer, the time spent in a hundred million houses is three years and not eight hours. This is an example of hypothesis-testing independent of reindeer propulsion mechanisms or debates on the origins of elves. We examine the hypothesis itself, making very straightforward assumptions, and derive a result inconsistent with the hypothesis by many orders of magnitude. We would then suggest that the hypothesis is untenable.
We can make a similar examination, but with greater uncertainty, of the extraterrestrial hypothesis that holds that a wide range of UFOs viewed on the planet Earth are space vehicles from planets of other stars.

The Cosmic Connection: An Extraterrestrial Perspective (1973), 200.

To use Newtons words, our efforts up till this moment have but turned over a pebble or shell here and there on the beach, with only a forlorn hope that under one of them was the gem we were seeking. Now we have the sieve, the minds, the hands, the time, and, particularly, the dedication to find those gemsno matter in which favorite hiding place the children of distant worlds have placed them.
[Co-author with Dava Sobel.]

We Buddhists have always held that firm conviction that there exists life and civilization on other planets in the many systems of the universe, and some of them are so highly developed that they are superior to our own.

[Music as a] language may be the best we have for explaining what we are like to others in space, with least ambiguity. I would vote for Bach, all of Bach, streamed out into space, over and over again  to put the best possible face on at the beginning of such an acquaintance. We can tell the harder truths later.

[My study of the universe] leaves little doubt that life has occurred on other planets. I doubt if the human race is the most intelligent form of life.

[O]ne might ask why, in a galaxy of a few hundred billion stars, the aliens are so intent on coming to Earth at all. It would be as if every vertebrate in North America somehow felt drawn to a particular house in Peoria, Illinois. Are we really that interesting?

[The octopus has] an amazing skin, because there are up to 20 million of these chromatophore pigment cells and to control 20 million of anything is going to take a lot of processing power. ... These animals have extraordinarily large, complicated brains to make all this work. ... And what does this mean about the universe and other intelligent life? The building blocks are potentially there and complexity will arise. Evolution is the force that's pushing that. I would expect, personally, a lot of diversity and a lot of complicated structures. It may not look like us, but my personal view is that there is intelligent life out there.

From transcript of PBS TV program Nova episode 'Origins: Where are the Aliens?' (2004).

[T]here is little chance that aliens from two societies anywhere in the Galaxy will be culturally close enough to really 'get along.' This is something to ponder as you watch the famous cantina scene in Star Wars. ... Does this make sense, given the overwhelmingly likely situation that galactic civilizations differ in their level of evolutionary development by thousands or millions of years? Would you share drinks with a trilobite, an ourang-outang, or a saber-toothed tiger? Or would you just arrange to have a few specimens stuffed and carted off to the local museum?