[Introducing two perfectly ordinary performers of average stature to a circus audience.]
The Punkwat twins! Brentwood is the world's smallest giant, whilst his brother, Elwood, is the largest midget in the world. They baffle science!

As character Larson E. Whipsnade, circus ring-master, in movie, You Can't Cheat an Honest Man (1939). As transcribed in Simon Louvish, Man on the Flying Trapeze: The Life and Times of W. C. Fields (1999), 4.

A pair of Siamese twins in Australia, surgically separated six months ago, has been sewn back together. Apparently, each of them could remember only half the combination to their locker.

But how is it that they [astrologers] have never been able to explain why, in the life of twins, in their actions, in their experiences, their professions, their accomplishments, their positionsāin all the other circumstances of human life, and even in death itself, there is often found such a diversity that in those respects many strangers show more resemblance to them than they show to one another, even though the smallest possible interval separated their births and though they were conceived at the same moment, by a single act of intercourse.

Darwin abolished special creations, contributed the Origin of Species and hitched all life together in one unbroken procession of Siamese Twins, the whole evolved by natural and orderly processes from one microscopic parent germ.

For man being the minister and interpreter of nature, acts and understands so far as he has observed of the order, the works and mind of nature, and can proceed no further; for no power is able to loose or break the chain of causes, nor is nature to be conquered but by submission: whence those twin intentions, human knowledge and human power, are really coincident; and the greatest hindrance to works is the ignorance of causes.

How twins are born my discourse will explain thus. The cause is chiefly the nature of the womb in woman. For if it has grown equally on either side of its mouth, and if it opens equally, and also dries equally after menstruation, it can give nourishment, if it conceive the secretion of the man so that it immediately divides into both parts of the womb equally. Now if the seed secreted from both parents be abundant and strong, it can grow in both places, as it masters the nourishment that reaches it. In all other cases twins are not formed. Now when the secretion from both parents is male, of necessity boys are begotten in both places; but when from both it is female, girls are begotten. But when one secretion is female and the other male, whichever masters the other gives the embryo its sex. Twins are like one another for the following reasons. First, the places are alike in which they grow; then they were secreted together; then they grow by the same nourishment, and at birth they reach together the light of day. 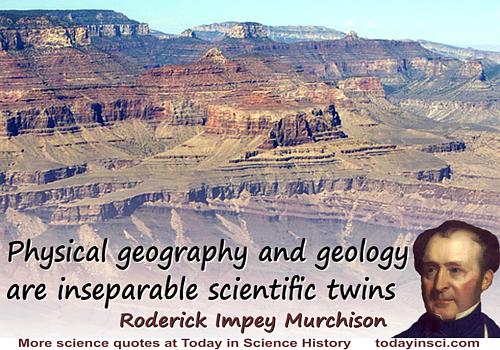 The marriage of reason and nightmare which has dominated the 20th century has given birth to an ever more ambiguous world. Across the communications landscape move the specters of sinister technologies and the dreams that money can buy. Thermonuclear weapons systems and soft drink commercials coexist in an overlit realm ruled by advertising and pseudoevents, science and pornography. Over our lives preside the great twin leitmotifs of the 20th centuryāsex and paranoia.

The Sun is no lonelier than its neighbors; indeed, it is a very common-place star,ādwarfish, though not minute,ālike hundreds, nay thousands, of others. By accident the brighter component of Alpha Centauri (which is double) is almost the Sun's twin in brightness, mass, and size. Could this Earth be transported to its vicinity by some supernatural power, and set revolving about it, at a little less than a hundred million miles' distance, the star would heat and light the world just as the Sun does, and life and civilization might go on with no radical change. The Milky Way would girdle the heavens as before; some of our familiar constellations, such as Orion, would be little changed, though others would be greatly altered by the shifting of the nearer stars. An unfamiliar brilliant star, between Cassiopeia and Perseus would beāthe Sun. Looking back at it with our telescopes, we could photograph its spectrum, observe its motion among the stars, and convince ourselves that it was the same old Sun; but what had happened to the rest of our planetary system we would not know.

Thus identified with astronomy, in proclaiming truths supposed to be hostile to Scripture, Geology has been denounced as the enemy of religion. The twin sisters of terrestrial and celestial physics have thus been joint-heirs of intolerance and persecutionāunresisting victims in the crusade which ignorance and fanaticism are ever waging against science. When great truths are driven to make an appeal to reason, knowledge becomes criminal, and philosophers martyrs. Truth, however, like all moral powers, can neither be checked nor extinguished. When compressed, it but reacts the more. It crushes where it cannot expandāit burns where it is not allowed to shine. Human when originally divulged, it becomes divine when finally established. At first, the breath of a rageāat last it is the edict of a god. Endowed with such vital energy, astronomical truth has cut its way through the thick darkness of superstitious times, and, cheered by its conquests, Geology will find the same open path when it has triumphed over the less formidable obstacles of a civilized age.

More Worlds than One: The Creed of the Philosopher and the Hope of the Christian (1854), 42.

True science and true religion are twin sisters, and the separation of either from the other is sure to prove the death of both. Science prospers exactly in proportion as it is religious; and religion flourishes in exact proportion to the scientific depth and firmness of its basis.

As quoted from the close of a recent lecture by Huxley in 'What Knowledge is of Most Worth'. Lectures in Education, by Herbert Spencer, delivered at the Royal Institution (1855). In The Westminster Review (Jul 1859), 22. Collected in Essays on Education and Kindred Subjects (1911), 41.

Twin sister of natural and revealed religion, and of heavenly birth, science will never belie her celestial origin, nor cease to sympathize with all that emanates from the same pure home. Human ignorance and prejudice may for a time seem to have divorced what God has joined together; but human ignorance and prejudice shall at length pass away, and then science and religion shall be seen blending their particolored rays into one beautiful bow of light, linking heaven to earth and earth to heaven.

Whenever I get gloomy with the state of the world, I think about the arrivals gate at Heathrow Airport. General opinionās starting to make out that we live in a world of hatred and greed, but I donāt see that. It seems to me that love is everywhere. Often itās not particularly dignified or newsworthy, but itās always there - fathers and sons, mothers and daughters, husbands and wives, boyfriends, girlfriends, old friends. When the planes hit the Twin Towers, as far as I know none of the phone calls from the people on board were messages of hate or revenge - they were all messages of love. If you look for it, Iāve got a sneaky feeling youāll find that love actually is all around.

[Cloning] can't make you immortal because clearly the clone is a different person. If I take twins and shoot one of them, it will be faint consolation to the dead one that the other one is still running around, even though they are genetically identical. So the road to immortality is not through cloning.