I believe with Schopenhauer that one of the strongest motives that lead men to art and science is escape from everyday life with its painful crudity and hopeless dreariness, from the fetters of ones own ever shifting desires. A finely tempered nature longs to escape from personal life into the world of objective perception and thought; this desire may be compared with the townsmans irresistible longing to escape from his noisy, cramped surroundings into the silence of high mountains, where the eye ranges freely through the still, pure air and fondly traces out the restful contours apparently built for eternity.

It is almost irresistible for humans to believe that we have some special relation to the universe, that human life is not just a more-or-less farcical outcome of a chain of accidents reaching back to the first three minutes, but that we were somehow built in from the beginning.

It was not alone the striving for universal culture which attracted the great masters of the Renaissance, such as Brunellesco, Leonardo da Vinci, Raphael, Michelangelo and especially Albrecht Dürer, with irresistible power to the mathematical sciences. They were conscious that, with all the freedom of the individual fantasy, art is subject to necessary laws, and conversely, with all its rigor of logical structure, mathematics follows aesthetic laws.

From Lecture (5 Feb 1891) held at the Rathhaus, Zürich, printed as Ueber den Antheil der mathematischen Wissenschaft an der Kultur der Renaissance (1892), 19. (The Contribution of the Mathematical Sciences to the Culture of the Renaissance.) As translated in Robert Édouard Moritz, Memorabilia Mathematica; Or, The Philomaths Quotation-Book (1914), 183.

Its humbling to realise that the developmental gulf between a miniscule ant colony and our modern human civilisation is only a tiny fraction of the distance between a Type 0 and a Type III civilisation  a factor of 100 billion billion, in fact. Yet we have such a highly regarded view of ourselves, we believe a Type III civilisation would find us irresistible and would rush to make contact with us. The truth is, however, they may be as interested in communicating with humans as we are keen to communicate with ants.

On 17th July there came to us at Potsdam the eagerly-awaited news of the trial of the atomic bomb in the [New] Mexican desert. Success beyond all dreams crowded this sombre, magnificent venture of our American allies. The detailed reports ... could leave no doubt in the minds of the very few who were informed, that we were in the presence of a new factor in human affairs, and possessed of powers which were irresistible.

One can truly say that the irresistible progress of natural science since the time of Galileo has made its first halt before the study of the higher parts of the brain, the organ of the most complicated relations of the animal to the external world. And it seems, and not without reason, that now is the really critical moment for natural science; for the brain, in its highest complexity—the human brain—which created and creates natural science, itself becomes the object of this science.

Since the world is what it is, it is clear that valid reasoning from sound principles cannot lead to error; but a principle may be so nearly true as to deserve theoretical respect, and yet may lead to practical consequences which we feel to be absurd. There is therefore a justification for common sense in philosophy, but only as showing that our theoretical principles cannot be quite correct so long as their consequences are condemned by an appeal to common sense which we feel to be irresistible.

Society is a republic. When an individual endeavors to lift himself above his fellows, he is dragged down by the mass, either by means of ridicule or of calumny. No one shall be more virtuous or more intellectually gifted than others. Whoever, by the irresistible force of genius, rises above the common herd is certain to be ostracized by society, which will pursue him with such merciless derision and detraction that at last he will be compelled to retreat into the solitude of his thoughts.

Suicide is merely the product of the general condition of society, and that the individual felon only carries into effect what is a necessary consequence of preceding circumstances. In a given state of society, a certain number of persons must put an end to their own life. This is the general law; and the special question as to who shall commit the crime depends of course upon special laws; which, however, in their total action, must obey the large social law to which they are all subordinate. And the power of the larger law is so irresistible, that neither the love of life nor the fear of another world can avail any thing towards even checking its operation.

The air of caricature never fails to show itself in the products of reason applied relentlessly and without correction. The observation of clinical facts would seem to be a pursuit of the physician as harmless as it is indispensable. [But] it seemed irresistibly rational to certain minds that diseases should be as fully classifiable as are beetles and butterflies. This doctrine  bore perhaps its richest fruit in the hands of Boissier de Sauvauges. In his Nosologia Methodica published in 1768  this Linnaeus of the bedside grouped diseases into ten classes, 295 genera, and 2400 species.

The genuine spirit of Mathesis is devout. No intellectual pursuit more truly leads to profound impressions of the existence and attributes of a Creator, and to a deep sense of our filial relations to him, than the study of these abstract sciences. Who can understand so well how feeble are our conceptions of Almighty Power, as he who has calculated the attraction of the sun and the planets, and weighed in his balance the irresistible force of the lightning? Who can so well understand how confused is our estimate of the Eternal Wisdom, as he who has traced out the secret laws which guide the hosts of heaven, and combine the atoms on earth? Who can so well understand that man is made in the image of his Creator, as he who has sought to frame new laws and conditions to govern imaginary worlds, and found his own thoughts similar to those on which his Creator has acted?

In 'The Imagination in Mathematics', North American Review, 85, 226.

The gradual advance of Geology, during the last twenty years, to the dignity of a science, has arisen from the laborious and extensive collection of facts, and from the enlightened spirit in which the inductions founded on those facts have been deduced and discussed. To those who are unacquainted with this science, or indeed to any person not deeply versed in the history of this and kindred subjects, it is impossible to convey a just impression of the nature of that evidence by which a multitude of its conclusions are supported:—evidence in many cases so irresistible, that the records of the past ages, to which it refers, are traced in language more imperishable than that of the historian of any human transactions; the relics of those beings, entombed in the strata which myriads of centuries have heaped upon their graves, giving a present evidence of their past existence, with which no human testimony can compete.

The methods of science arent foolproof, but they are indefinitely perfectible. Just as important: there is a tradition of criticism that enforces improvement whenever and wherever flaws are discovered. The methods of science, like everything else under the sun, are themselves objects of scientific scrutiny, as method becomes methodology, the analysis of methods. Methodology in turn falls under the gaze of epistemology, the investigation of investigation itselfnothing is off limits to scientific questioning. The irony is that these fruits of scientific reflection, showing us the ineliminable smudges of imperfection, are sometimes used by those who are suspicious of science as their grounds for denying it a privileged status in the truth-seeking departmentas if the institutions and practices they see competing with it were no worse off in these regards. But where are the examples of religious orthodoxy being simply abandoned in the face of irresistible evidence? Again and again in science, yesterdays heresies have become todays new orthodoxies. No religion exhibits that pattern in its history. 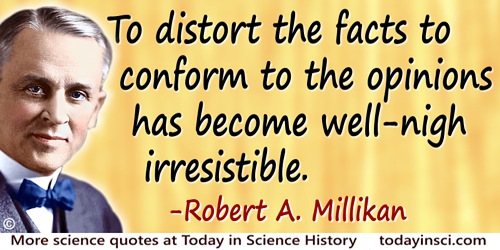