For Linnaeus, Homo sapiens was both special and not special ... Special and not special have come to mean nonbiological and biological, or nurture and nature. These later polarizations are nonsensical. Humans are animals and everything we do lies within our biological potential ... the statement that humans are animals does not imply that our specific patterns of behavior and social arrangements are in any way directly determined by our genes. Potentiality and determination are different concepts.

If we can combine our knowledge of science with the wisdom of wildness, if we can nurture civilization through roots in the primitive, mans potentialities appear to be unbounded, Through this evolving awareness, and his awareness of that awareness, he can emerge with the miraculousto which we can attach what better name than God? And in this merging, as long sensed by intuition but still only vaguely perceived by rationality, experience may travel without need for accompanying life.

In fact, the thickness of the Earth's atmosphere, compared with the size of the Earth, is in about the same ratio as the thickness of a coat of shellac on a schoolroom globe is to the diameter of the globe. That's the air that nurtures us and almost all other life on Earth, that protects us from deadly ultraviolet light from the sun, that through the greenhouse effect brings the surface temperature above the freezing point. (Without the greenhouse effect, the entire Earth would plunge below the freezing point of water and we'd all be dead.) Now that atmosphere, so thin and fragile, is under assault by our technology. We are pumping all kinds of stuff into it. You know about the concern that chlorofluorocarbons are depleting the ozone layer; and that carbon dioxide and methane and other greenhouse gases are producing global warming, a steady trend amidst fluctuations produced by volcanic eruptions and other sources. Who knows what other challenges we are posing to this vulnerable layer of air that we haven't been wise enough to foresee?

Mathematics was born and nurtured in a cultural environment. Without the perspective which the cultural background affords, a proper appreciation of the content and state of present-day mathematics is hardly possible. 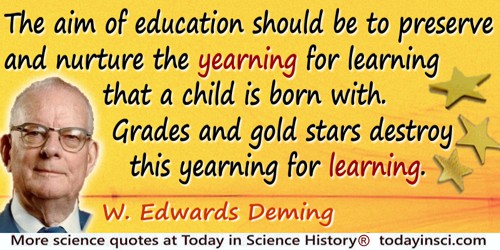 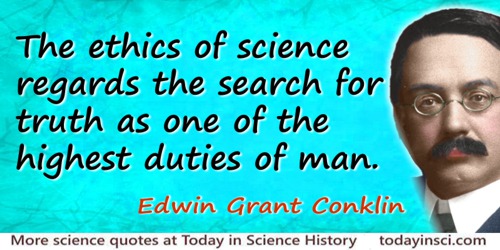 The fact that this chain of life existed [at volcanic vents on the seafloor] in the black cold of the deep sea and was utterly independent of sunlightpreviously thought to be the font of all Earths lifehas startling ramifications. If life could flourish there, nurtured by a complex chemical process based on geothermal heat, then life could exist under similar conditions on planets far removed from the nurturing light of our parent star, the Sun.

Quoted in Peter Douglas Ward and Donald Brownlee, Rare Earth: Why Complex Life is Uncommon in the Universe (2000), 1, without citation.

The phrase 'nature and nurture' is a convenient jingle of words, for it separates under two distinct heads the innumerable elements of which personality is composed. Nature is all that a man brings with himself into the world; nurture is every influence without that affects him after his birth.

The study of the reactivity of metal ion complexesthe birth of which I have witnessed and which I have helped to nurture  is still in its infancy; it too is flourishing.

We are the only species that can destroy the Earth or take care of it and nurture all that live on this very special planet. Im urging you to look on these things. For whatever reason, this planet was built specifically for us. Working on this planet is an absolute moral code.  Lets go out and do what we were put on Earth to do.