A human being should be able to change a diaper, plan an invasion, butcher a hog, conn a ship, design a building, write a sonnet, balance accounts, build a wall, set a bone, comfort the dying, take orders, give orders, cooperate, act alone, solve equations, analyze a new problem, pitch manure, program a computer, cook a tasty meal, fight efficiently, die gallantly. Specialization is for insects.

Histology is an exotic meal, but can be as repulsive as a dose of medicine for students who are obliged to study it, and little loved by doctors who have finished their study of it all too hastily. Taken compulsorily in large doses it is impossible to digest, but after repeated tastings in small draughts it becomes completely agreeable and even addictive. Whoever possesses a refined sensitivity for artistic manifestations will appreciate that, in the science of histology, there exists an inherent focus of aesthetic emotions.

How did I discover saccharin? Well, it was partly by accident and partly by study. I had worked a long time on the compound radicals and substitution products of coal tar... One evening I was so interested in my laboratory that I forgot about my supper till quite late, and then rushed off for a meal without stopping to wash my hands. I sat down, broke a piece of bread, and put it to my lips. It tasted unspeakably sweet. I did not ask why it was so, probably because I thought it was some cake or sweetmeat. I rinsed my mouth with water, and dried my moustache with my napkin, when, to my surprise the napkin tasted sweeter than the bread. Then I was puzzled. I again raised my goblet, and, as fortune would have it, applied my mouth where my fingers had touched it before. The water seemed syrup. It flashed on me that I was the cause of the singular universal sweetness, and I accordingly tasted the end of my thumb, and found it surpassed any confectionery I had ever eaten. I saw the whole thing at once. I had discovered some coal tar substance which out-sugared sugar. I dropped my dinner, and ran back to the laboratory. There, in my excitement, I tasted the contents of every beaker and evaporating dish on the table.

In the case of the Sun, we have a new understanding of the cosmological meaning of sacrifice. The Sun is, with each second, transforming four million tons of itself into lightgiving itself over to become energy that we, with every meal, partake of. The Sun converts itself into a flow of energy that photosynthesis changes into plants that are consumed by animals. Humans have been feasting on the Suns energy stored in the form of wheat or maize or reindeer as each day the Sun dies as Sun and is reborn as the vitality of Earth. These solar flares are in fact the very power of the vast human enterprise. Every child of ours needs to learn the simple truth: she is the energy of the Sun. And we adults should organize things so her face shines with the same radiant joy.

Indigestion is the failure to adjust a square meal to a round stomach.

Meditation is not the menu; its the meal.

Some have supposed that the mosquito is of a devout turn, and never will partake of a meal without first saying grace. The devotions of some men are but a preface to blood-sucking.

The analysis of man discloses three chemical elements - a job, a meal and a woman.

The custom of eating the lover after consummation of the nuptials, of making a meal of the exhausted pigmy, who is henceforth good for nothing, is not so difficult to understand, since insects can hardly be accused of sentimentality; but to devour him during the act surpasses anything the most morbid mind could imagine. I have seen the thing with my own eyes, and I have not yet recovered from my surprise.

Theorems are not to mathematics what successful courses are to a meal. 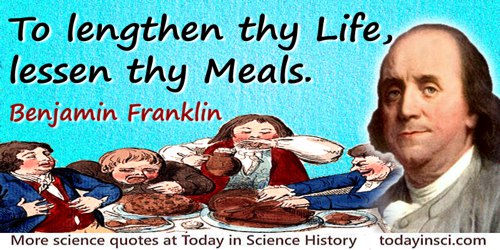 To lengthen thy Life, lessen thy Meals.

Use now and then a little Exercise a quarter of an Hour before Meals, as to swing a Weight, or swing your Arms about with a small Weight in each Hand; to leap, or the like, for that stirs the Muscles of the Breast.

We are not here to abuse and exploit other creatures. We are here to live and help live. Every meal is part of the journey.

We must never stop dreaming. Dreams provide nourishment for the soul, just as a meal does for the body. 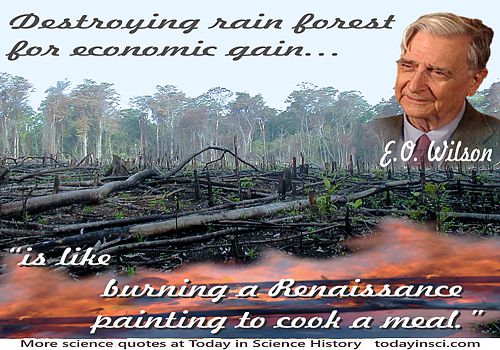 [Two college boys on the Flambeau River in a canoe] their watches had run down, and for the first time in their lives there was no clock, whistle, or radio to set watches by. For two days they had lived by sun-time, and were getting a thrill out of it. No servant brought them meals: they got their meat out of the river, or went without. No traffic cop whistled them off the hidden rock in the next rapids. No friendly roof kept them dry when they misguessed whether or not to pitch the tent. No guide showed them which camping spots offered a nightlong breeze, and which a nightlong misery of mosquitoes; which firewood made clean coals, and which only smoke.

[T]here are some common animal behaviors that seem to favor the development of intelligence, behaviors that might lead to brainy beasts on many worlds. Social interaction is one of them. If you're an animal that hangs out with others, then there's clearly an advantage in being smart enough to work out the intentions of the guy sitting next to you (before he takes your mate or your meal). And if you're clever enough to outwit the other members of your social circle, you'll probably have enhanced opportunity to breed..., thus passing on your superior intelligence. ... Nature—whether on our planet or some alien world—will stumble into increased IQ sooner or later.