A manure containing several ingredients acts in this wise: The effect of all of them in the soil accommodates itself to that one among them which, in comparison to the wants of the plant, is present in the smallest quantity.

An Attempt to Establish a Pure Scientific System of Mineralogy (1814), trans. J. Black, 48.

Briefly, in the act of composition, as an instrument there intervenes and is most potent, fire, flaming, fervid, hot; but in the very substance of the compound there intervenes, as an ingredient, as it is commonly called, as a material principle and as a constituent of the whole compound the material and principle of fire, not fire itself. This I was the first to call phlogiston.

Each of the major sciences has contributed an essential ingredient in our long retreat from an initial belief in our own cosmic importance. Astronomy defined our home as a small planet tucked away in one corner of an average galaxy among millions; biology took away our status as paragons created in the image of God; geology gave us the immensity of time and taught us how little of it our own species has occupied.

Games are among the most interesting creations of the human mind, and the analysis of their structure is full of adventure and surprises. Unfortunately there is never a lack of mathematicians for the job of transforming delectable ingredients into a dish that tastes like a damp blanket. 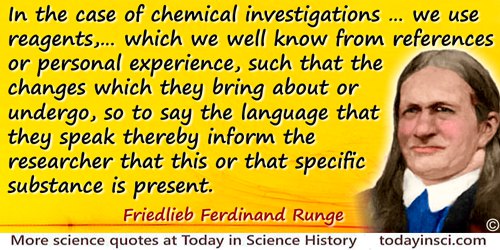 In the Vienna of the late 1920s and 1930s there throve an internationally famous philosophical bunch called the logical positivists.  They said that a key ingredient of knowledge was sense data, and proclaimed emphatically, in the words of  J.S.L. Gilmour, that sense data are objective and unalterable. Good guess, but no cigar!

In 'A Trip Through the Perception Factory', Global Brain: The Evolution of Mass Mind from the Big Bang to the 21st Century (2000), 64.

Logic is the last scientific ingredient of Philosophy; its extraction leaves behind only a confusion of non-scientific, pseudo problems.

Oxygen is the vital ingredient for the survival of every cell in our bodies. Too littleor too muchcan spell disaster. Understanding how evolution has equipped cells to detect and respond to fluctuating oxygen levels helps answer fundamental questions.

Commenting on the significance of the work by new Nobel Prize winner, Gregg Semenza. As quoted in Reuters online article, Niklas Pollard and Kate Kelland, 'Nobel Medicine Prize won by doctors for work on cells response to oxygen' (2019).

Satire is a composition of salt and mercury; and it depends upon the different mixture and preparation of those ingredients, that it comes out a noble medicine, or a rank poison. 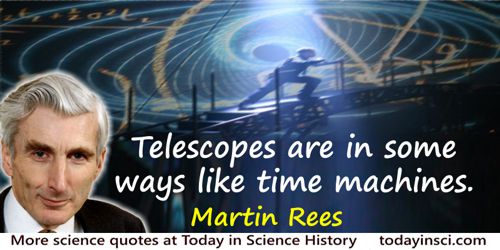 The earliest of my childhood recollections is being taken by my grandfather when he set out in the first warm days of early spring with a grubbing hoe (we called it a mattock) on his shoulder to seek the plants, the barks and roots from which the spring medicine for the household was prepared. If I could but remember all that went into that mysterious decoction and the exact method of preparation, and with judicious advertisement put the product upon the market, I would shortly be possessed of wealth which might be made to serve the useful purpose of increasing the salaries of all pathologists.  But, alas! I remember only that the basic ingredients were dogwood bark and sassafras root, and to these were added q.s. bloodroot, poke and yellow dock. That the medicine benefited my grandfather I have every reason to believe, for he was a hale, strong old man, firm in body and mind until the infection came against which even spring medicine was of no avail. That the medicine did me good I well know, for I can see before me even now the green on the south hillside of the old pasture, the sunlight in the strip of wood where the dogwood grew, the bright blossoms and the delicate pale green of the leaf of the sanguinaria, and the even lighter green of the tender buds of the sassafras in the hedgerow, and it is good to have such pictures deeply engraved in the memory.

From address, 'A Medical Retrospect'. Published in Yale Medical Journal (Oct 1910), 17, No. 2, 57. [Note: q.s. in an abbreviation for quantum sufficit meaning as much as is sufficient, when used as a quantity specification in medicine and pharmacology. -Webmaster]

The unavoidable conclusion is that the unprecedented meekness of the majority is responsible for the increase in violence. Social stability is the product of an equilibrium between a vigorous majority and violent minorities. Disorder does not come from an increased inner pressure or from the interaction of explosive ingredients. There is no reason to believe that the nature of the violent minorities is now greatly different from what it was in the past. What has changed is the will and ability of the majority to react.