And part of the soil is called to wash away
In storms and streams shave close and gnaw the rocks.
Besides, whatever the earth feeds and grows
Is restored to earth. And since she surely is
The womb of all things and their common grave,
Earth must dwindle, you see and take on growth again.

Climb the mountains and get their good tidings. Natures peace will flow into you as sunshine flows into trees. The winds will blow their own freshness into you, and the storms their energy, while cares will drop off like autumn leaves.

In former times,  when ships buffeted by storms threw a portion of their cargo overboard, it was recognized that those whose goods were sacrificed had a claim in equity to indemnification at the expense of those whose goods were safely delivered. The value of the lost goods was paid for by agreement between all those whose merchandise had been in the same ship. This sea damage to cargo in transit was known as havaria and the word came naturally to be applied to the compensation money which each individual was called upon to pay. From this Latin word derives our modern word average.

It is not necessary to probe into the nature of things, as was done by those whom the Greeks call physici; nor need we be in alarm lest the Christian should be ignorant of the force and number of the elementsthe motion, and order, and eclipses of the heavenly bodies; the form of the heavens; the species and the natures of animals, plants, stones, fountains, rivers, mountains; about chronology and distances; the signs of coming storms; and a thousand other things which those philosophers either have found out, or think they have found out.  It is enough for the Christian to believe that the only cause of all created things, whether heavenly or earthly  is the goodness of the Creator, the one true God.

Not all the winds, and storms, and earthquakes, and seas, and seasons of the world, have done so much to revolutionize the earth as Man, the power of an endless life, has done since the day he came forth upon it, and received dominion over it.

Nothing is sudden in nature: whereas the slightest storms are forecasted several days in advance, the destruction of the world must have been announced several years beforehand by heat waves, by winds, by meteorites, in short, by an infinity of phenomena.

Science appears to us with a very different aspect after we have found out that it is not in lecture rooms only, and by means of the electric light projected on a screen, that we may witness physical phenomena, but that we may find illustrations of the highest doctrines of science in games and gymnastics, in travelling by land and by water, in storms of the air and of the sea, and wherever there is matter in motion.

The Aurora borealis may now become connected with magnetic disturbances and storms in a very distinct manner and if the variations of the atmosphere cause both, it will also tie both together by a common hub.

The members of the department became like the Athenians who, according to the Apostle Paul, spent their time in nothing else, but either to tell or to hear some new thing. Anyone who thought he had a bright idea rushed out to try it out on a colleague. Groups of two or more could be seen every day in offices, before blackboards or even in corridors, arguing vehemently about these 'brain storms.' It is doubtful whether any paper ever emerged for publication that had not run the gauntlet of such criticism. The whole department thus became far greater than the sum of its individual members.

Obituary of Gilbert Newton Lewis, Biographical Memoirs of the National Academy of Science (1958), 31, 212.

They say,
The solid earth whereon we tread
In tracts of fluent heat began,
And grew to seeming-random forms,
The seeming prey of cyclic storms,
Till at the last arose the Man. 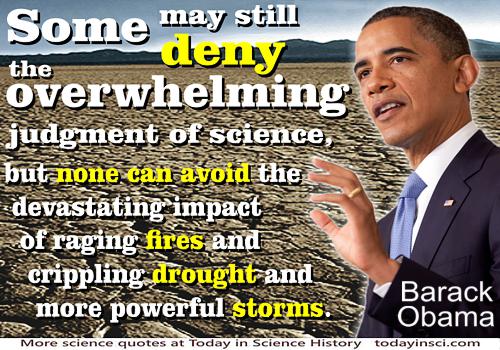 When chemists have brought their knowledge out of their special laboratories into the laboratory of the world, where chemical combinations are and have been through all time going on in such vast proportions,when physicists study the laws of moisture, of clouds and storms, in past periods as well as in the present,when, in short, geologists and zoologists are chemists and physicists, and vice versa,then we shall learn more of the changes the world has undergone than is possible now that they are separately studied.

Why is it that showers and even storms seem to come by chance, so that many people think it quite natural to pray for rain or fine weather, though they would consider it ridiculous to ask for an eclipse by prayer.